WEEKLY REPORT FROM THE 4-8 September

Also for this week the central banks have been the protagonists. To get the ball rolling on the markets firstly has been the Canadian central Bank, which, unexpectedly has decided to lift the rates of 25 points base, bringing them to the 1%. The reasons that have pushed the institute, driven by Stephen Poloz, to modify the level of interest are essentially two: certainly, first of all, a solid economic recovery but, above all, a real “ hot” market that needed a break with the purpose to avoid risky and ruinous beads. The rise as I already said, have been unexpected, especially considering the lower inflationary levels currently around the 1 ,2%) levels: according to the analysts the probabilities that this could happened were inferior to 50%. The decision had a great impact on the value’s market which had seen the Canadian dollar grown almost of the 1% instead of the American dollar.

The second appointment, but not for importance, has been the one of Thursday that had seen as a protagonist the number one of the BCE Mario Draghi .Unlike Stephen Poloz Francoforte has not wanted to surprise the markets: any variation to the rates of interest ( refi at zero t, deposits to -0,40%, marginal operations +0,25%) and at the forward guidance of the Bank. Draghi didn’t want even to say anything about the tapering, indeed affirmed that if necessary the plan of purchases will also continue above the term already decided. (December of this year) term. The summit of the European Bank in addition said that they are worried for the strength that unique coin is showing : the change EURUSD goes around the 1 ,20 and the slope doesn't mention to tone down.

Regarding the United States, during this week the interior political tensions and geopolitics have passed out because of the hurricanes emergency: different parts have been literally devastated first from Harvey and then from Irma. Disappointing the data on the occupation that leave now few spaces for further rises of the rates. The majority of the analysts holds in fact that the FED will leave the data unchanged for the entire 2017 and will proceed with the lightening of the budget of the Bank.

Great performance for the precious (pushed from the dollar weakness and from the persistent geopolitical tensions), indexes stock USA close to the maximum as the change EURUSD (which penalizes the European lists).

This week the gold has particularly shined (coming out from consecutive weeks of earns): the price has been being on the maximum ones for 13 months pushed both from the disappointing data USA , both from the geopolitical tensions. The particularly weaknesses of the dollar increases the opportunities of purchase making even more desirable the precious (and in general the row materials rated in dollars). The price seems to aim to the 1375 $ / oz even if, before the test, could cross a phase of consolidation before being slightly iper-bought on the lowest timeframes. In the slope the metal has left a gap on the 1330 $ / oz: certainly a signal of strength but also a strong signal of attraction in case of descent. 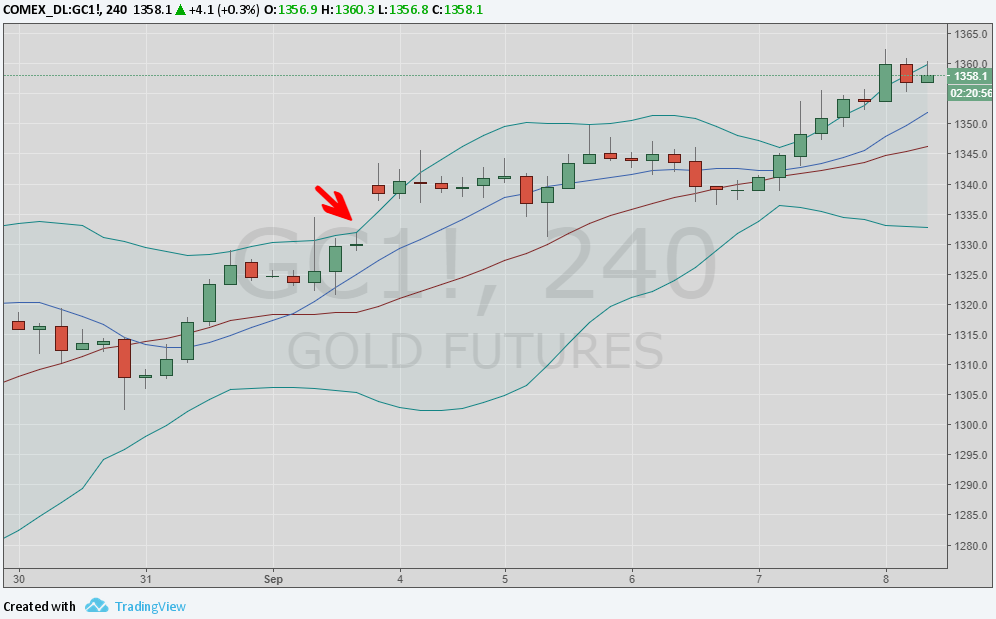 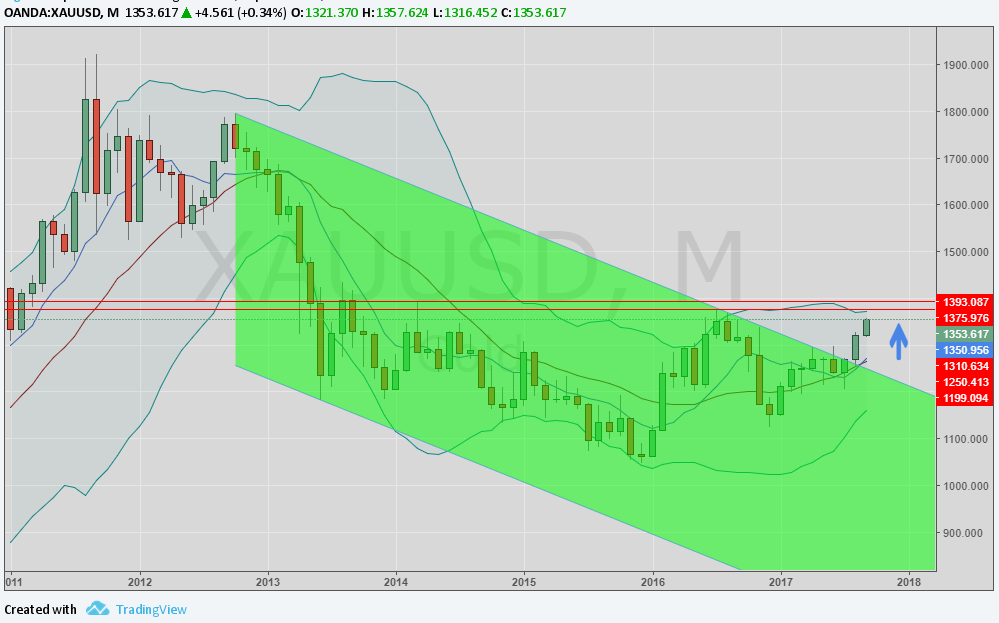 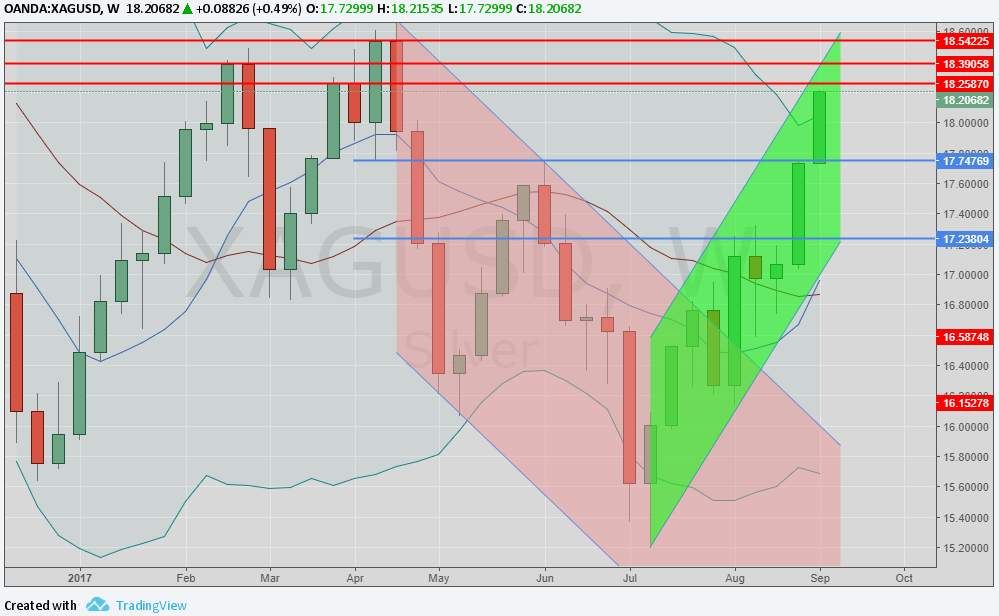 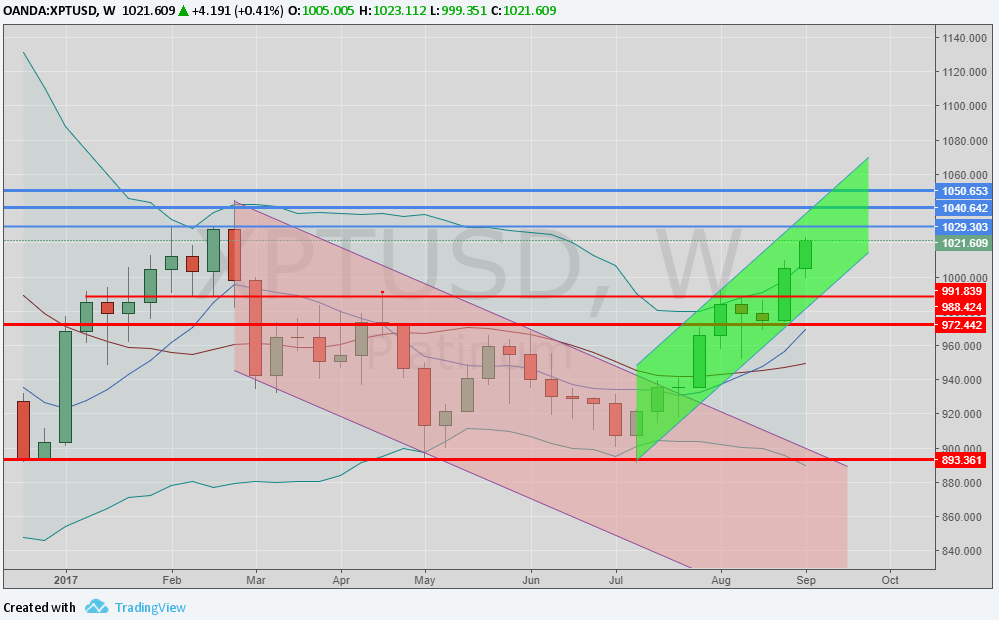 Wisecrack of arrest for the palladium that, unlike the platinum, has not succeeded in overcoming the psychological threshold of the 1000 dollars per ounces. Could be a phase of consolidation before a ritest. The nearest supports are found in area 910-915 (maximum of the 2014). The fundamentals (increasing question of physical metal to face a scarce offer) 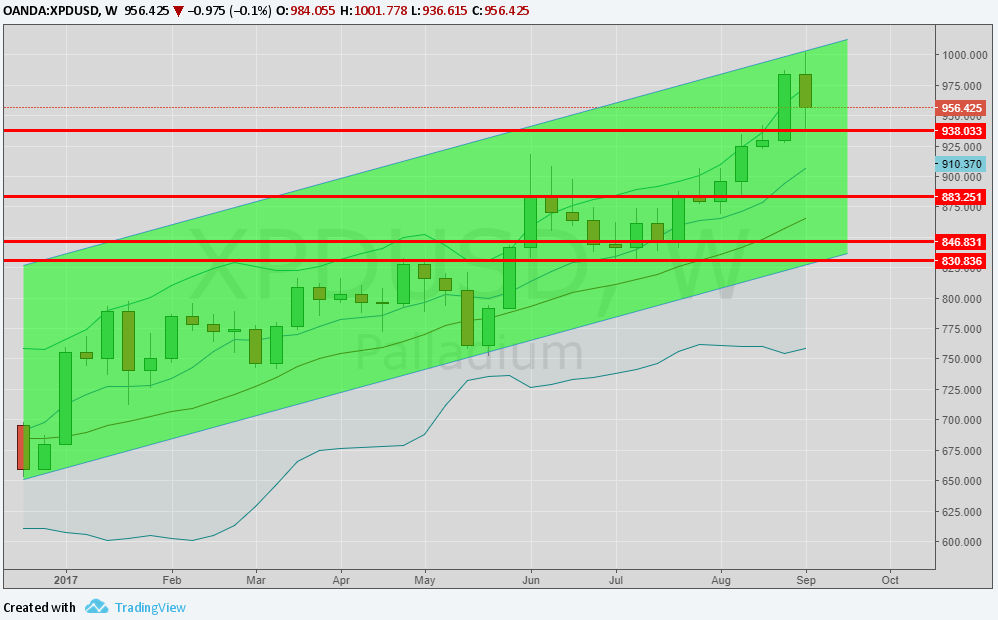 EURODOLLARS(EURUSD)
The value change has broken down upward to the tallest part of the range in which had been stuck for different days (1,17 - 1,1750 -18). During this week the words of Draghi have not been enough to calm the run to the rise infact after a small correction to the rebate the operators have kept on preferring him instead of the green ticket. This it has been penalized by the recent USA data related to the market job and from a FED less aggressive in comparison with the last months. Currently the change is to quota 1,20 and seems direct toward new maximum. 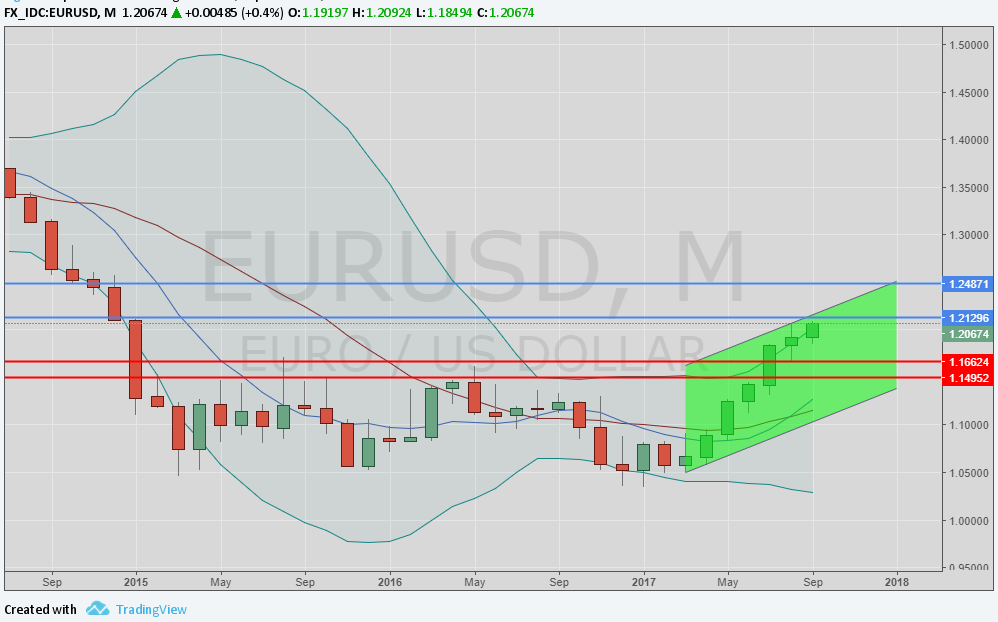