Volatile markets this week despite Friday has taken place the missile test from Korea of the North. The throwing, that has seen a missile to middle ray going up once more above the Japanese in Hokkaido, has aroused little worry among the operators, lately addicted to the increasing geopolitical tensions. Not even the data on the Chinese economy. that show a light deceleration have prevented the stock indexes to mark new records with the S & P500 by now next to quota 2500 points (we remember that the anticipated target to beginning year from the analysts was of 2300 points or rather 200 stung by the today's levels). The operators have probably preferred to look at the recent American data on the inflation that suggest a possible further increase the rates of interest within end year and therefore a good estate of the stars economy and strips. The so-called safes haven asset, gold and Japanese yen on everybody, have not profited therefore of the escalation between USA and Korea: after one before modest reaction to the news of the test they have been both interested by strong sales. Among the two, to mostly have been stricken from the orders sell you/he/she has been the inclined yen (-0,9%) to quota 111 on the dollar. This week's of the Japanese coin performance has been the worse one in the last 10 months. To speculate the performance of the dollar instead: this last is living his/her good April moment, pushed by the reborn expectations on the rises of the rates from the Federal Reserve.

Finally, among the currencies mostly interested from you purchase him this week it detaches the English pound: also in this case the encouraging data on the inflation have sustained above all the trust of the operators on a rise of the rates of interest to the light of the affirmations served as the member of the errand on the monetary (MPC) politics of the Bank of England Gertjan Vlieghe
. The currency has touched quota 1,36 on the dollar, the tallest value from June 2016.

Also the euro continuous to have the best on the dollar: in week the relative minimum in the zone 1,18 have quickly been absorbed bringing the currency of the eurozona in area 1,2

The price has redrawn from the maximum recent and has not been supported by the continuous tensions geopolitiche. To subsequently weaken the yellow metal is the dollar strength that it has found again following the data on the inflation published Thursday 14 September. To notice the strong correlation with the Japanese yen: both the assets have strongly been penalized this week. The outlook is still positive: although has been rejected from the strong resistance to 1350 dollars the ounce, the metal it has a good person around 1310 dollars and in area 1300. And' probable a ritest of the recent maximum to 1350 $ / oz: If punctured, the next resistances meet him to 1375 $ / oz and 1400-1410 $ /oz.s 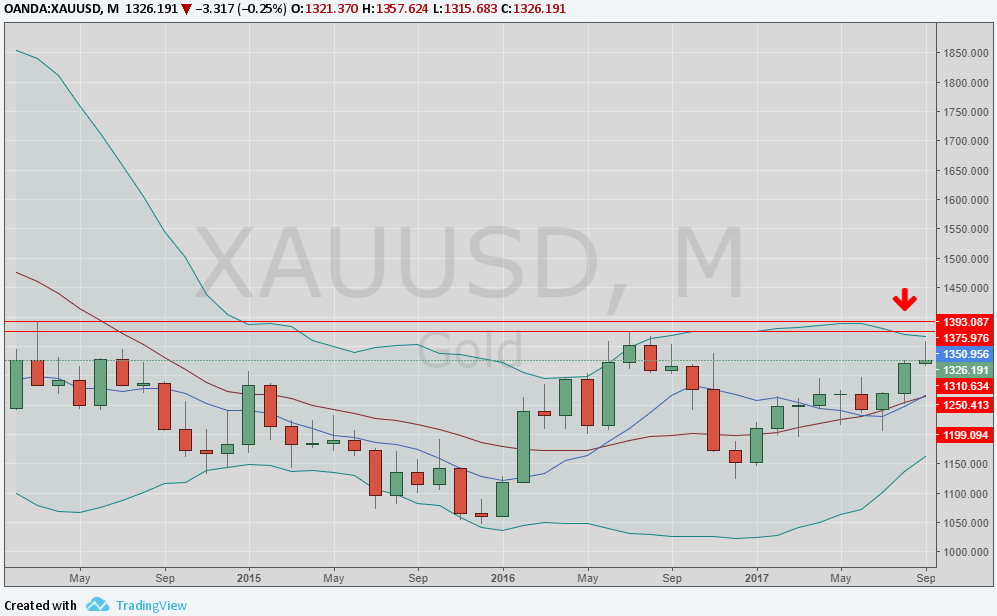 As marked in the underlying graph, the mobile average to 20 days is continuing to offer a good support to the price of the metal. 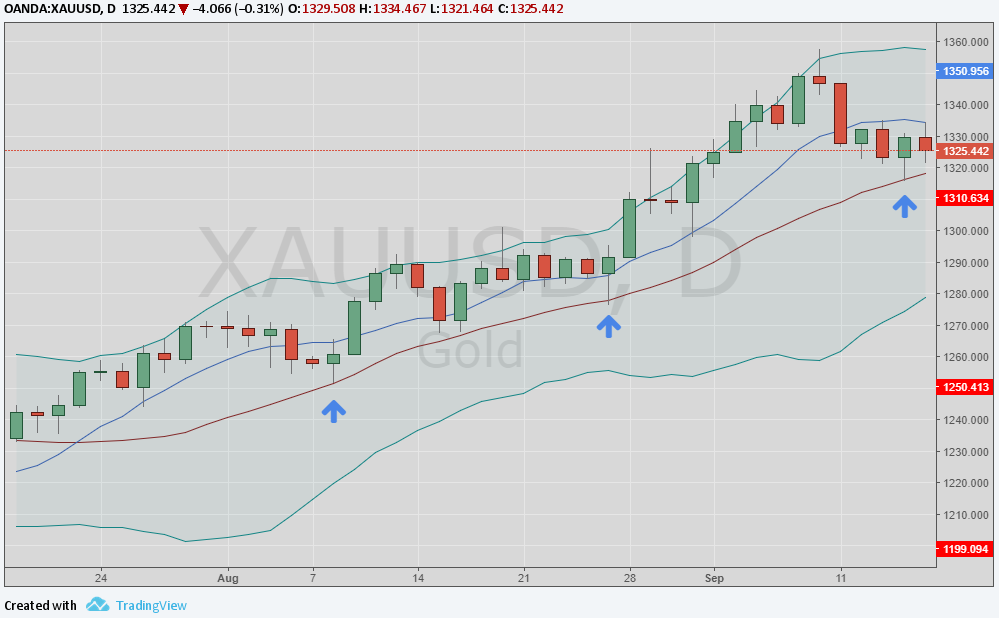 Also for the silver the outlook is positive: the metal keeps on remaining around the 200 monthly to 18,10 dollars the ounce. A 18,40 $ / oz staving in first attempt is revealed fruitless, nevertheless the metal, as the gold, has recently created some very solid supports. The first one of them has been represented since 17,30 $ / oz while the second is found 20 more cents in low to 17,10 $ / oz (while the mobile average to 55 days is in area 16,90 $ /oz.s 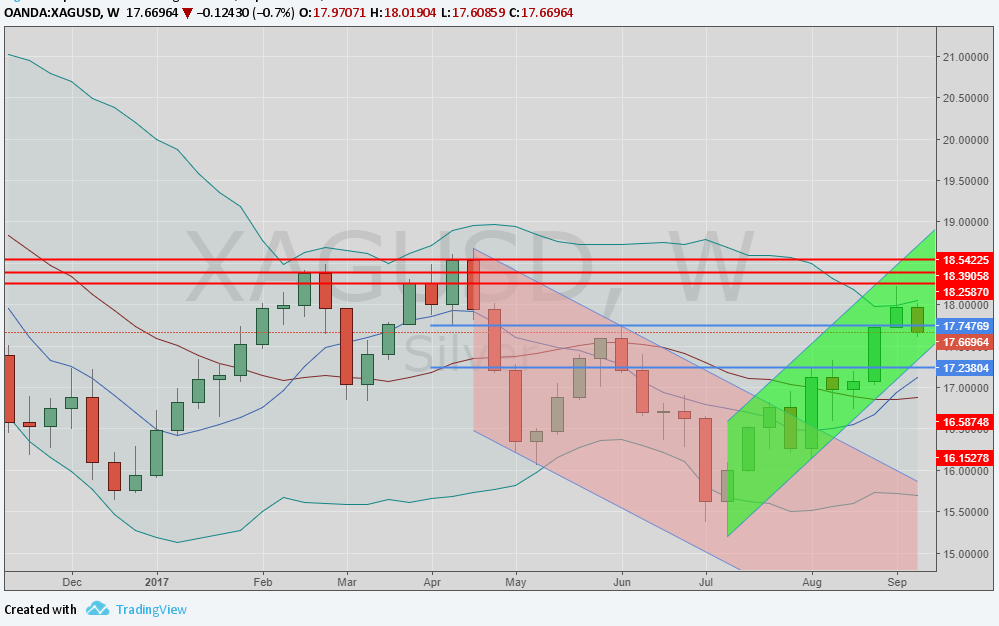 After two weeks of continuous earningses the platinum has been, among the jewels, that mostly struck by the sales. Although last week the metal was left the strong psychological resistance of the 1000 dollars to the shoulders the ounce the test in area 1030 $ have rejected violently the price on the first support to 972 $ / oz (you see graphic underlying). The recent descent has made besides to escape the price from the channel rialzista formed him by half July. To the moment the nearest support is found to 896 $ / oz while the second is 6 more dollars in low to in area 890 $ / oz (least of December 2016). 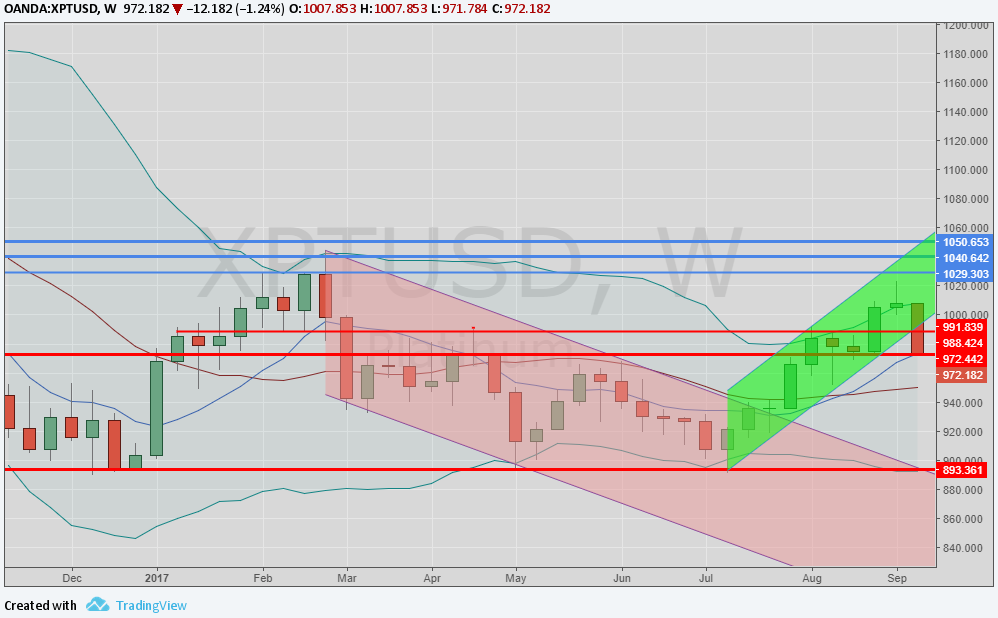 The wisecrack of arrest of last week has been followed, in that recent, from a descent in area 920 $ /oz.s Such phase could be seen how a period of consolidation before a further ritest of the maximum ones. The nearest supports are found in area 910-915 (maximum of the 2014) and subsequently in area 880 $ / oz and 840-850 $ /oz.s The fundamental ones, as already anticipated in the last weekly report, they continue to be support you (increasing question of physical metal to forehead of scarce offer). 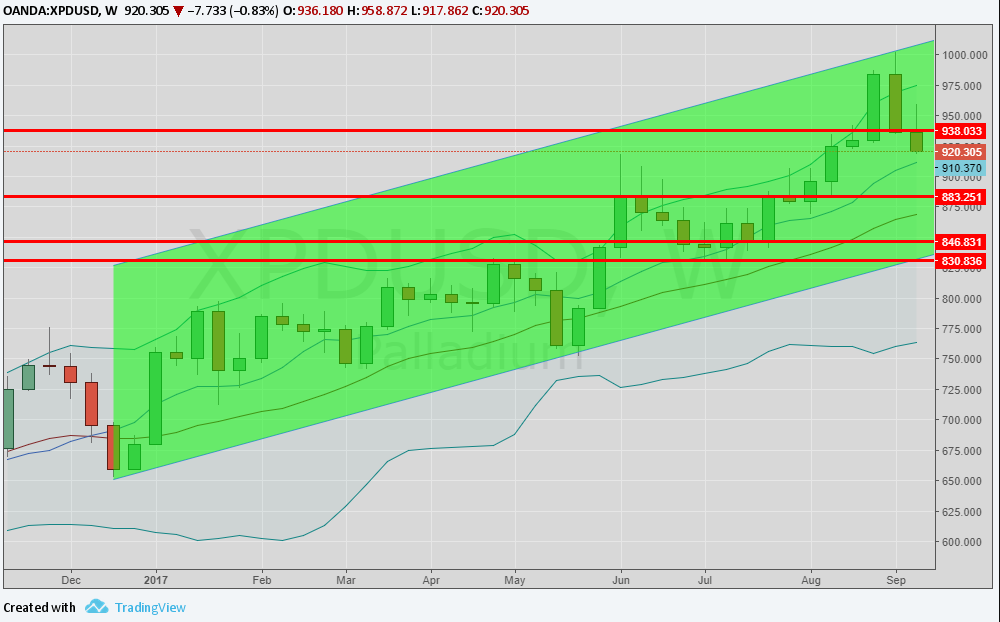 The change it keeps on remaining inserted in the range 1,19 -120. Despite the week has seen a dollar in big pouncing, the European continuous to maintain a positive outlook in comparison to the green ticket. A ritest of the maximum ones is probable in area 1,20 that, if overcome, could push the coin of the eurozona up to 125. The first strong supports are found to 1,1830 and subsequently to 11750. They follow those in area 1,16 and 115. 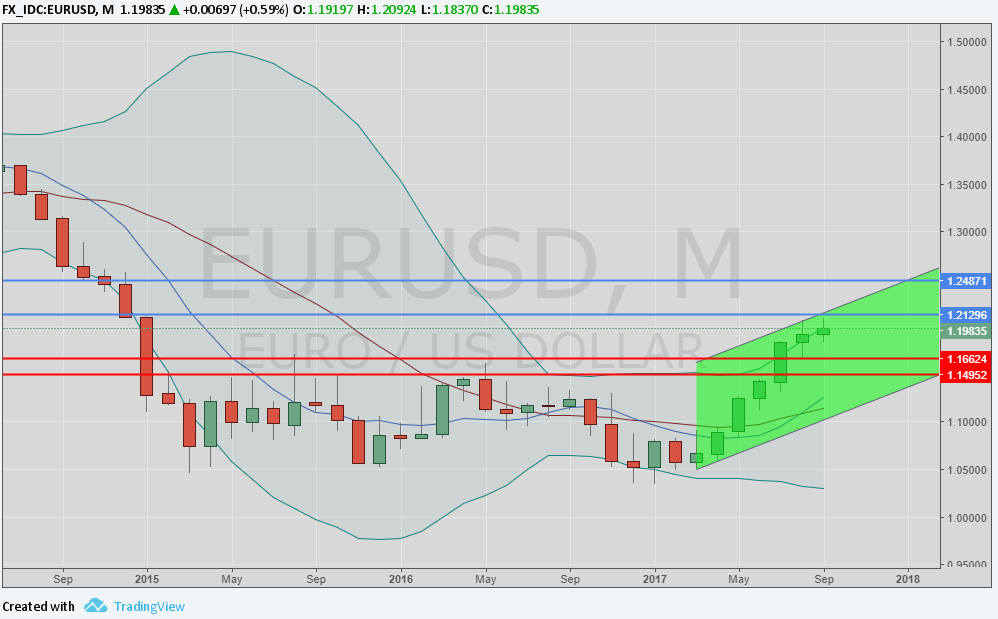