What has just ended is a short but very intensive week. Despite October has been the quietest month in the markets, November, in contrast,will be a particularly lively month: at the beginnings of the week, in fact, there have been very important announcements. First of all, the usual FED meeting,followed by Trump's nomination of Janet Yellen's substitute. Subsequently, the tax reform (only a few page drafts) was presented in a definitive and detailed way. On Friday, for ending the week well, the data on the US job market will be published.

On the European front, the relevance events were certainly fewer, but not less important. One on all is that of the Catalan crisis that, day after day, is taking a more and more serious fold.

Returning to America, in short: the FED has left interest rates unchanged (as widely predicted) and said that growth is going strong (it was described as "moderate" in the previous meeting). Inflation remains moderate.

Trump nominated Jerome Powell as head of the US Central Bank. It has been greeted positively by the markets since this nomination suggests that the monetary policy adopted so far by the Institute remains more or less unchanged and in line with that followed by Yellen. Lastly, for what is concerning tax reform, the latter has been filed by the Chamber and promises major disadvantages for USA companies: the company rate now stands at 35%, will fall to 20%; multinationals who have earn enormous profits abroad will be able to "repatriate" them by paying a 12% diluted tax in 8 years. The total cost was estimated at about $ 1500 billion for the first 10 years of application. Obviously, the approval process is currently in progress, and although the President wants to get the full cost at the end of the year, there are not many skeptics who think the thing is highly unlikely.

In Europe, as mentioned, the Catalan crisis continues to worsen: Spain has called for a European arrest for leader Carles Puigdemont and for the 4 (now former) ministers repairs in Belgium. The other Catalan officials left in Spain have already been arrested: they risk up to 30 years in prison. European markets and the euro have not blamed the blow: the assumption that the Spanish crisis is affecting the rest of Europe seems to be a rather remote hypothesis at the moment. 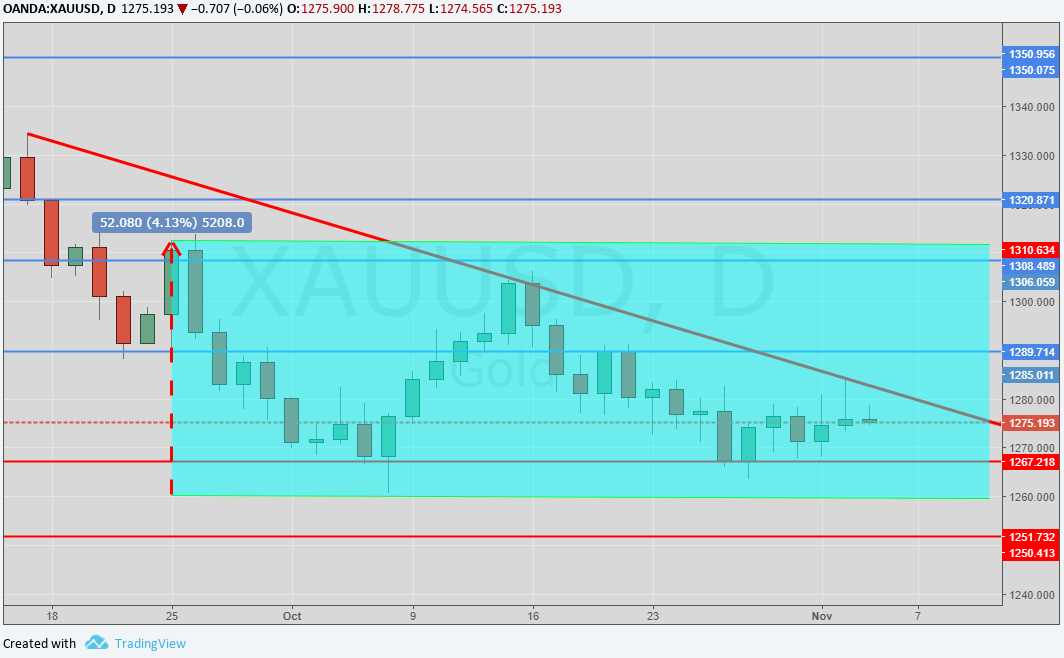 Looking at the weekly chart, we can notice an attempt to return to the ascending trend (green channel). The attempt at this time was rejected. Unless an anti-European contagion triggered by Catalonia does not appear to be on the horizon enough strong catalysts to push rising prices. 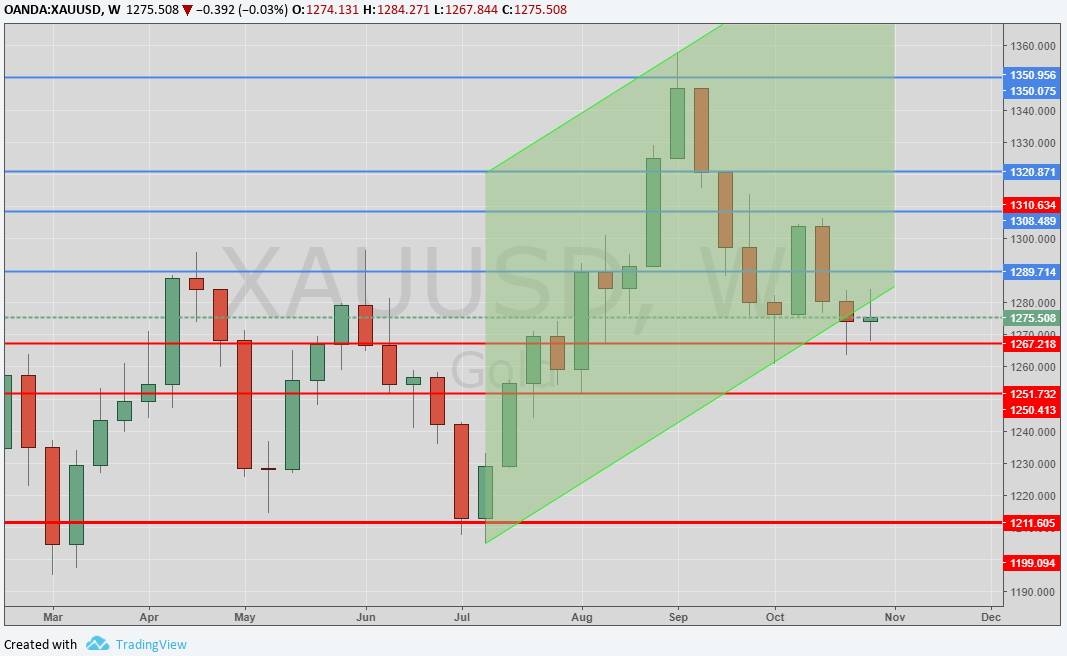 During the week, silver was able to hit the downward trend that lasted for about twenty days. The minimum at $ 16.60 / oz was interpreted as a "double minimum" and therefore triggered a rising technical movement. The range whose metal continues to move remains, however, very limited, and at the moment there seems to be no hint for either a further upset or further sinking. The most important resistance is around 17.20 $ / oz and it coincides with the 200-day moving average. The nearest support is instead set at 17-17.05 $ / oz. The technical framework is neutral. 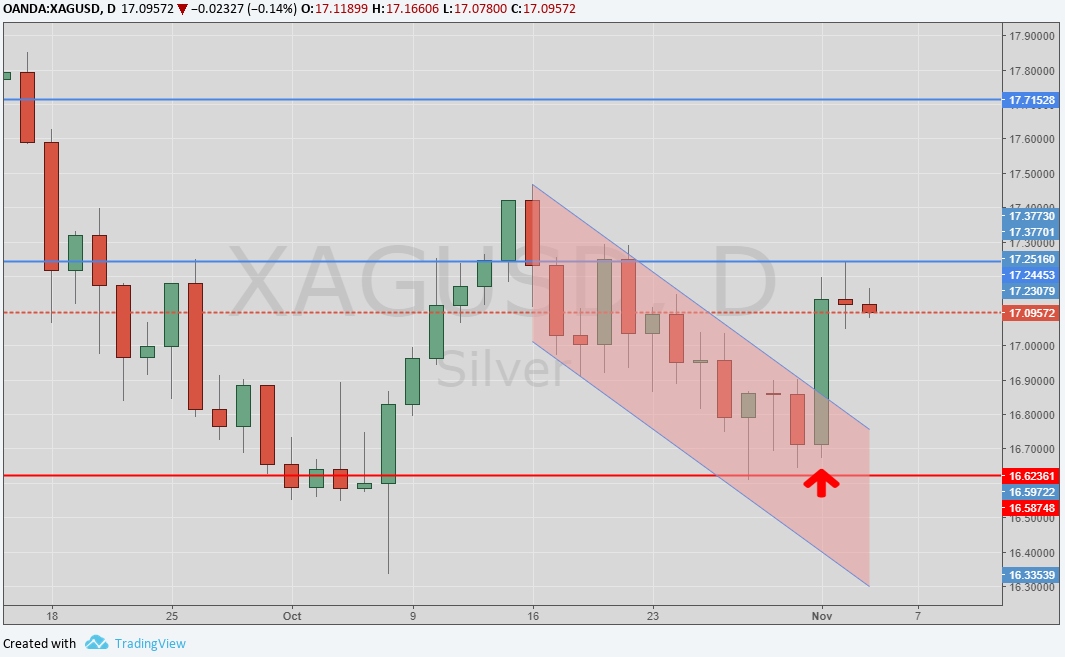 Even this week the platinum continues to follow the bearish trend begun in the middle of last month. As with the rest of the compartment of the precious the quotes had experienced only small variations. If the downhill should continue with the first support of some relevance, it is in the range of 915-916 $ / oz. Towards the top, the resistance is in the range of 935-936 $ / ozXPTUSD daily chart (main supports and resistors) 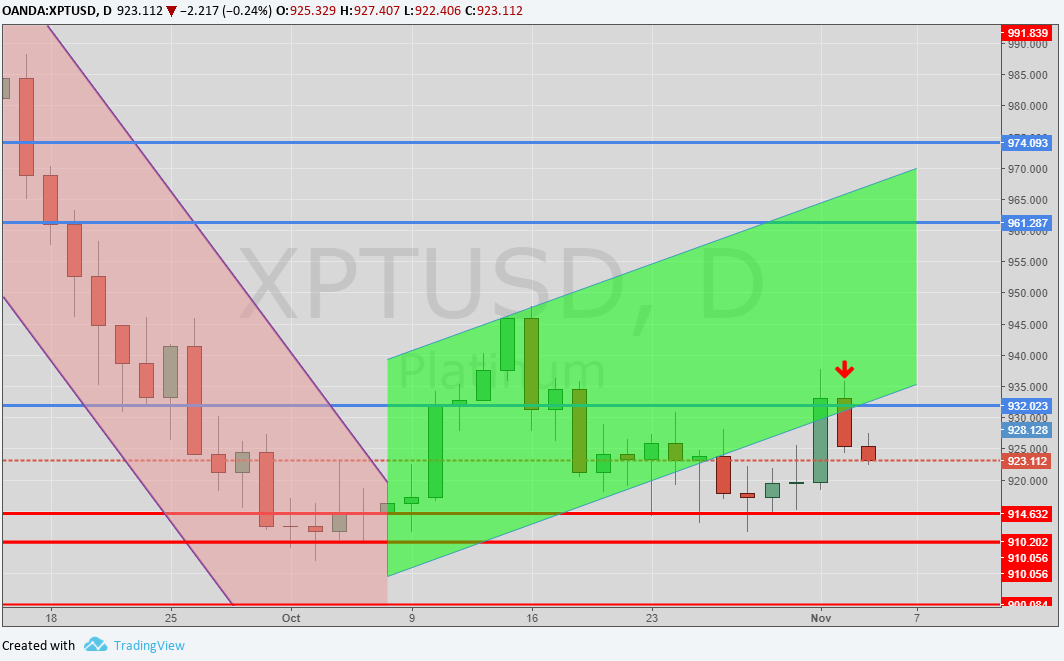 Another positive week for the palladium that in the recent times continues to overcomes other precious. The metal pointed at its maximum at 1005$ / oz but was (at least temporarily) rejected immediately after touching the $ 1004. Currently, the price is below $ 1000, in the area of ​​$ 997-998 / oz. The first support is in the area of ​​$ 980 / oz (see ascending trendline) while the second is in the range of 965-966 $ / oz. The outlook remains positive in the short to medium term. 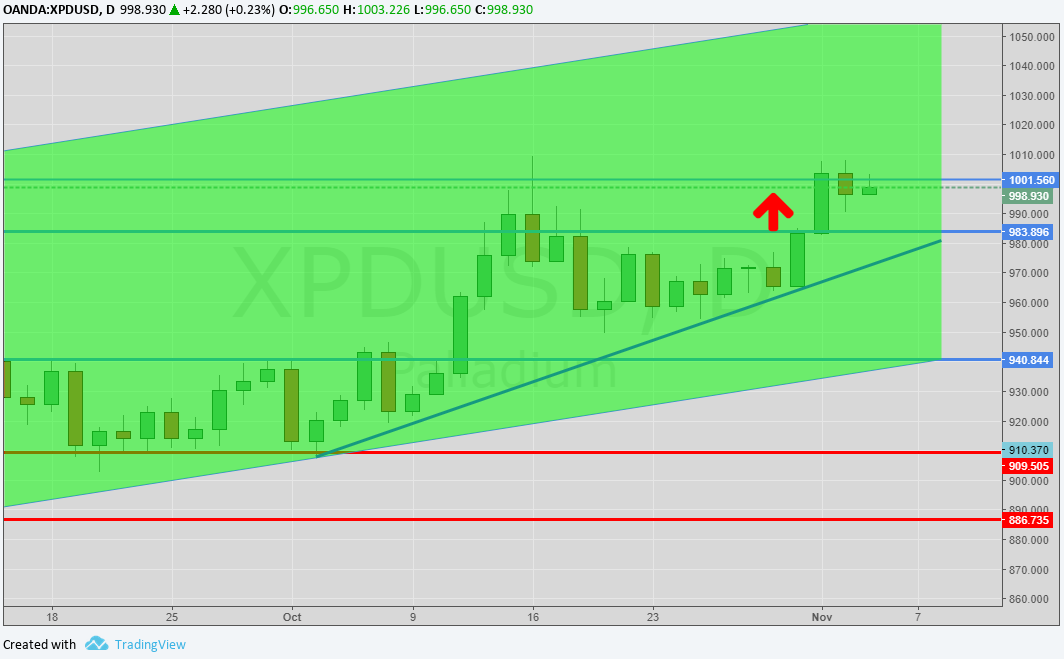 A slightly positive week for the eurozone currency, however, only partially recovers the strong losses generated in the past week. Quotations tested the relative minima in area 1.16 and are subsequently bounced up to a maximum of 1.17. Swings have, as in the case of the precious, occurred in a relatively narrow range. If you missed the recent minimum there would be room for a downhill to the next major support in the 1.15 area. In recent months volatility is very stable: from August to date the quotation jumped to 3.15% (see chart). 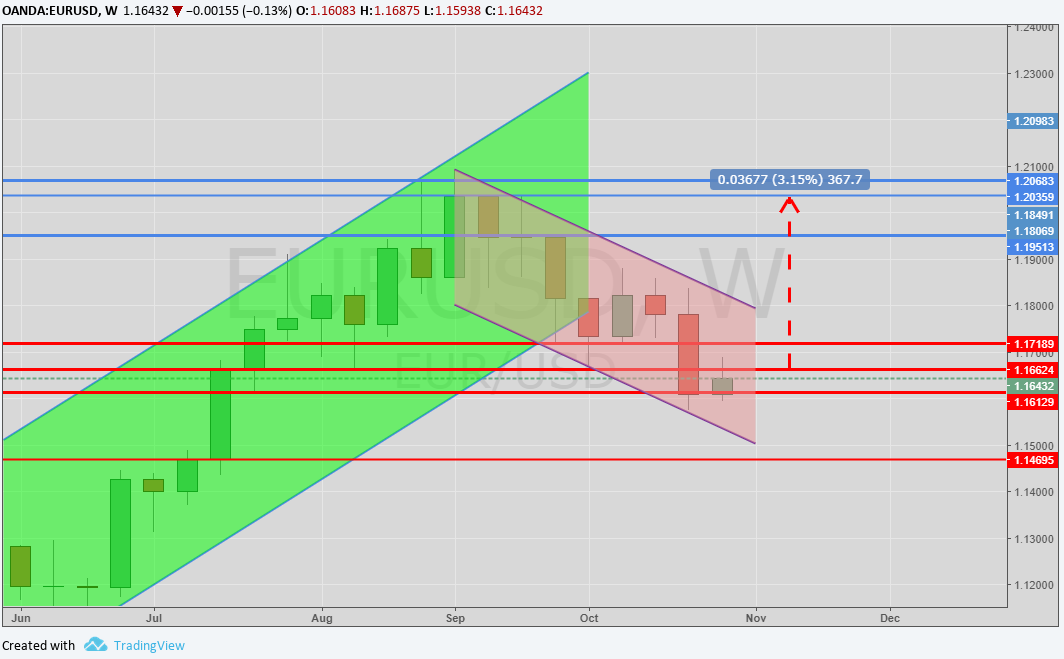