Turbulent week on the financial markets. In Saudi Arabia, the arrest of 11 princes, 4 ministers and different entrepreneurs (accused of corruption) had caused a wave of panic creating strong volatility on all the principal stock exchange of the Gulf. The strong sales - Bloomberg speaks of around 18 million dollars-have interested the stock lists but they have been " collide with" the interventions of some government funds. The geopolitics developments in the Region (we remember the recent tensions among the coalition driven from Saudi Arabia and near Qatar, accused of supporting the international terrorism) is worrying different investors that would already have handled to disinvest important sums of money to move to surer harbors. Riyadh-supported from United States and Israel it seems to relight the conflict with Iran, passing from Lebanon one of the principals allied of Teheran. The above-mentioned vicissitudes push the operator to take profit, seen the record levels on which the world lists has been perched for different time The first "shake" took place on Thursday in Japan, when the index Topix has lost the 1 ,5% (except partially recover in closing). Badly also the Nikkei, with a loss of the 0.8%that have marked the worse performance of the last two month. For different analysts the recent rally in the Japanese stock exchange has been so quickly , therefore a certain caution. now. it is more permissible. The repercussions of such volatility have interested Overseas also the European lists, which, nevertheless remain to elevated levels unless there is also the further phase of stalemate in the diplomatic and commercial relationships between UE and UK.
In America it is the fiscal reform promoted by Trump to throw further gasoline on the fire. According to someone the implementation of the reform won't happen in brief times, or almost won't see the green light during the year. The uncertainty weather has pushed the purchasing on the compartment of the precious metals that they are going to close the week in a positive way. Among these the palladium wins , that breaks down the decision the wall of the 1000 $ / oz and it touches a new maximum. Good performance also for the gold and the silver : the first had touched 1290 $/oz while the second one which has reached quota at 17.23 went out from the recent trend bear. Good also for the platinum which quotations, although still a great deal distant from those of the palladium, have reached the 937 $ / oz after having vigorously bounced from the recent minimal in area 910-915 $ /oz.s To conclude the week in a positive way the couple Euro-dollar that on Friday it exchanges at around 1,1640.

The gold, after the flat performance of the last week, has recovered strength on the wake of the recent tensions geopolitical in Medioriente. To push more the purchases has also been the weakness of the dollar, penalized by the uncertainty that goes around the times of implementation of the fiscal reform wanted by the government Trump. The metal, already in the session of Wednesday, it seems to have broken the bear trendline departed on October 24. To confirmation of this the strong movement to the rise happened in the following (you see graphic) day. In the target, if the resistance was overcome it posts around the 1290 $ / oz, we find the 1300 dollars and subsequently the 1350.Iil more important support remains in area 1260-1261 dollars the ounce. 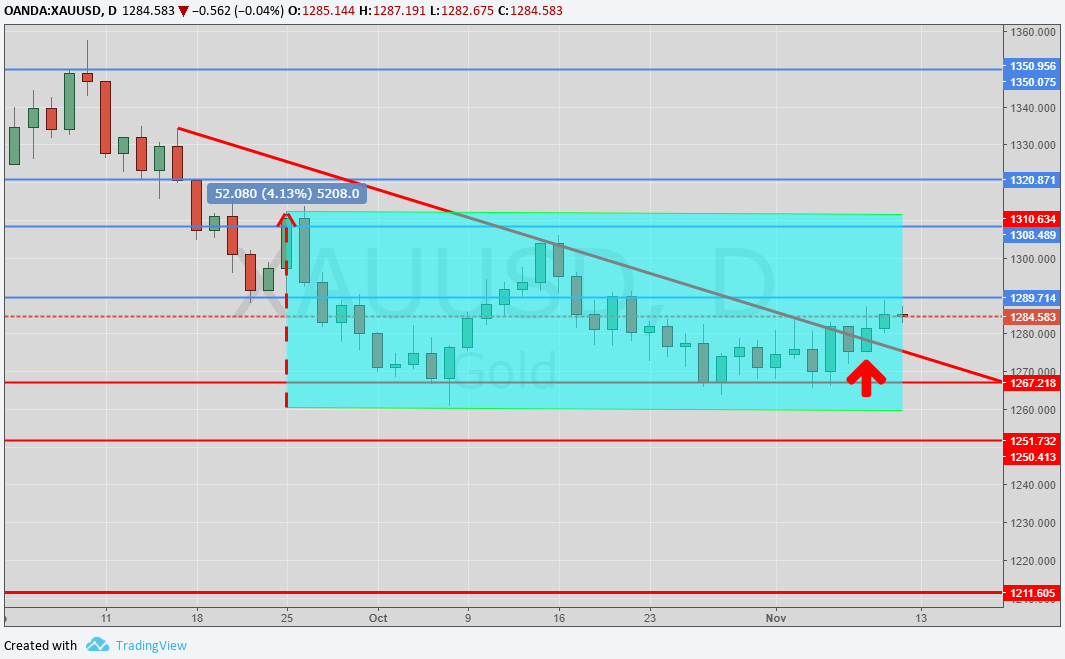 Even on the weekly chart, the picture looks constructive. The medium-term bearish trend seems to have come to an end. The outlook, if market uncertainty continues, is positive 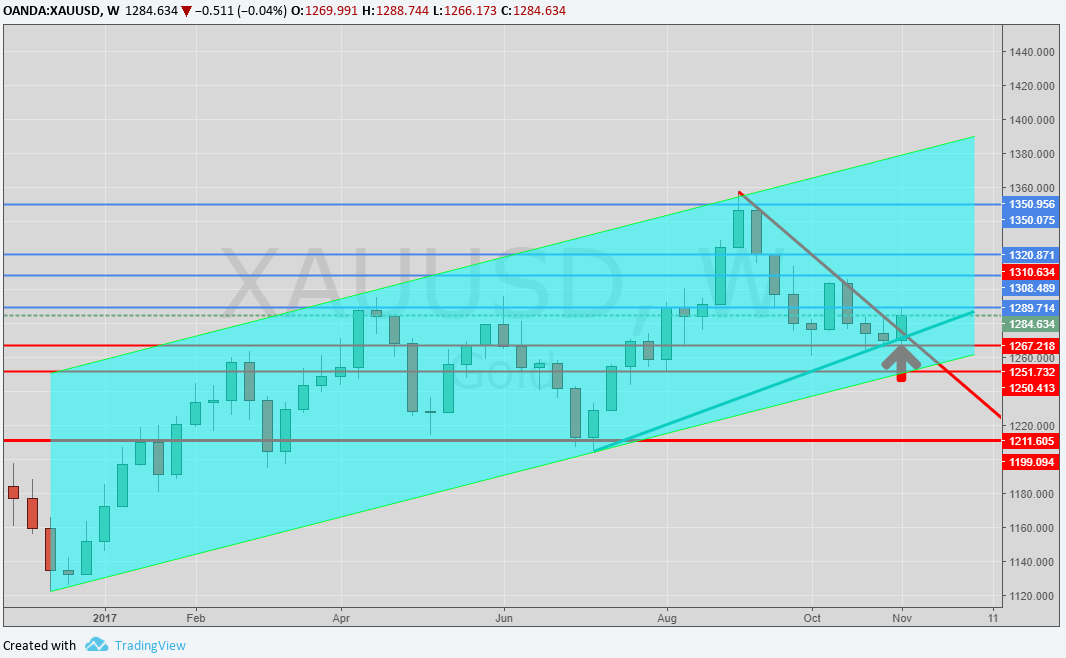 Even for silver, the week is going to end positively. The minimum of $ 16.60 / oz - interpreted by operators as a "double minimum" - supported rising prices, although the "bears" have tried in at least two occasions to force the price in the primary bearish range. However, the metal can not detach itself from the range 16.60 - 17.20 in which, in the last two months, the prices are fluctuating. The most important resistance continues to be $ 17.20 / oz and roughly coincides with the 200-day moving average. Instead, the nearest support is 16,80 $ / oz and then the minimum of 16,60 $ / oz. The outlook is neutral-positive. 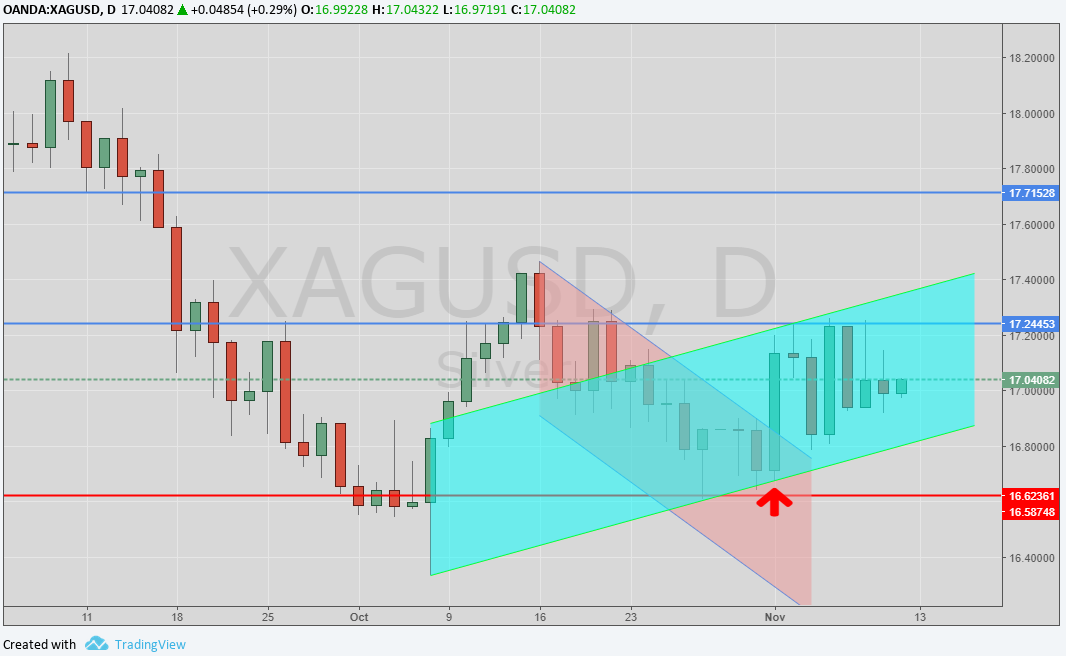 This week, platinum reverses the bearish trend and leaps in the wake of the other precious, helped by the relatively low prices it has leased over the last few weeks. Hoping for bullish is the breaking resistance in the area of ​​$ 935 / oz. If confirmed, this move could lead the metal to a test of the maximum of 950 $ / oz. Conversely, if the trend is to reverse, the first strong support is in the range of $ 915-916 / oz and the next $ 910 / oz area. 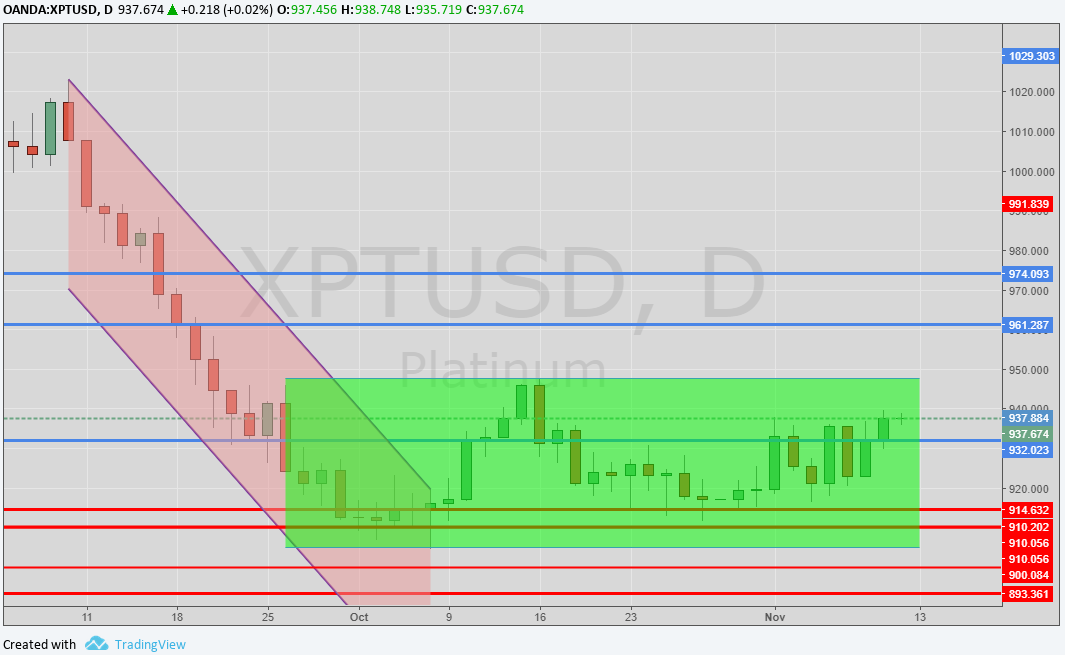 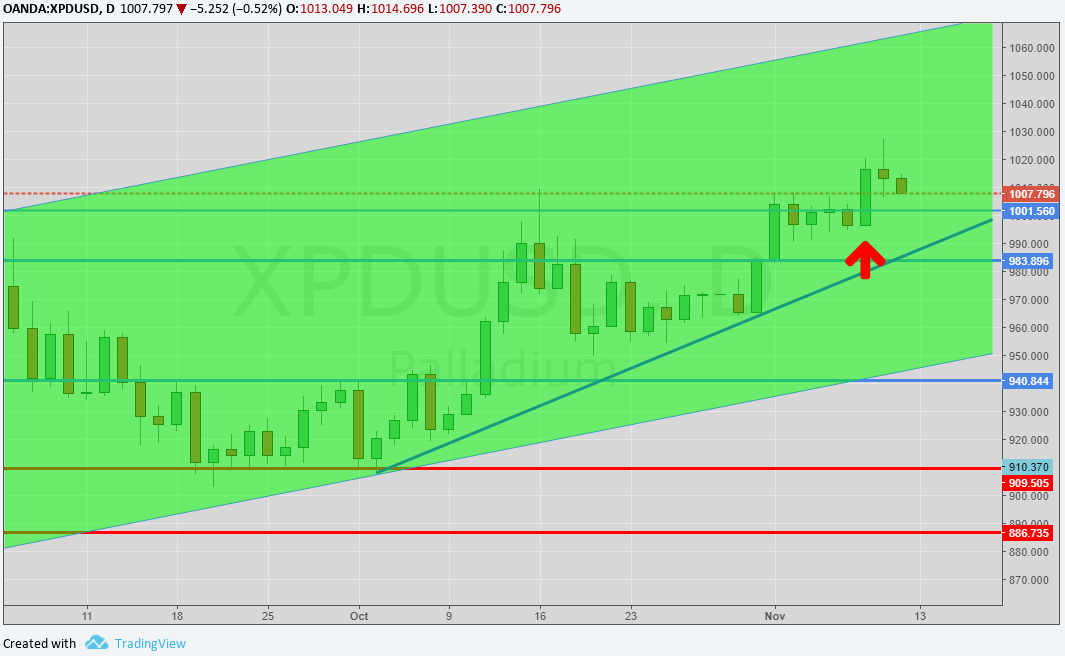 The week is going to end positively for the eurozone currency. The gearbox, which travels at 1.16, has not yet recovered the heavy losses generated in the last two weeks. The range continues to be relatively narrow due to the lack of drivers that can give a certain directionality. Positive performance was affected by the weaker dollar than by the strength of the euro. If you missed the recent minimum there would be room for a downhill to the next major support in the 1.15 area. Towards the top, the main resistances are 1.18, 1.19 and finally the maximum at 1.20. 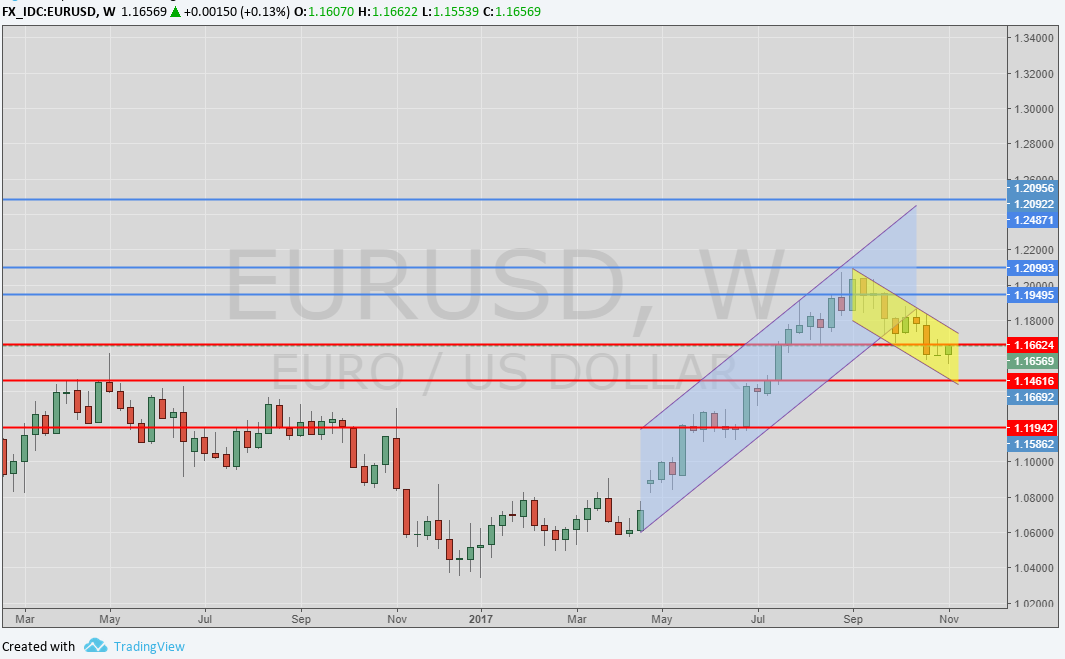