Without any doubt the most important event of the week has been the so attended meeting of the European Central Bank: unchanged rates (as broadly anticipated from the markets) and monthly amount for the purchase of titles halved from 60 to 30 million. Although this movement is considered the official start of the so-called tapering, the stocks exchange have positively greeted the fact that Draghi has not established yet a precise date to set the end at the QE (decision that has aroused some bad mood inside the governing council, especially from German and Dutch). The hesitancy on setting "an expiring date" it has been justified from Draghi with the low growth of the inflation, stopped at the 1,5% and therefore far from the auspicious 2%.

The number one of the institute located in Frankfurt have overplay the hand affirming that, if necessary, the rhythm and the quantity of the purchase could be recalculated according with the demands. After the announcement of the BCE the markets- and not only the once from Europe – have closing the day of Thursday with the sign more: excellent the performances of the weakest economies, as Italy and Spain. Also in Japan new records are greeted: the index Nikkei has overcome quota 22.000 points, a level that has not been seen from the distant 1996.

Overseas the lists , partly dragged from those from Europe , have been sustained by the good quarterly. The change Eurodollar is literally "sunk" at quota 1,165 after the words of Draghi (it traveled around 1,18 during the first hours of the morning). Not good the performance concerning the compartment of the precious except for the palladium: The gold loses around 20 dollars per ounces (maximum of the day at 1289, closing at 1267 $ / oz), the silver 20 cents and the platinum 15 dollars. Among the metals, as already said, close in positive only the palladium above the 970 dollars per ounces.

On the political side the tensions in Spain still high : the premier Rajoy has threatened for the dismissing of the leader of the Catalan indipendentistis Carles Puigdemont accusing for being the responsible for the actual situation. In fact, as Rajoy remembered, Madrid has given the possibility to Puigdemont to declare the independence but this has always bit around the bush.

The announcement of a tapering "soft" from the BCE has lifted the stock exchange lists penalizing the quotations of the yellow metal. In this moment, considering that, the fears concerning the geopolitical situation of the North Korea, has already passed-to drive the prices will be the decisions of monetary politics of the FED. Obviously also the Catalan crisis, if won't be filed in reasonable times, could be a positive driver for the gold. A test at 1250 $ / oz doesn't seem nevertheless to be, in the brief term, a remote hypothesis. 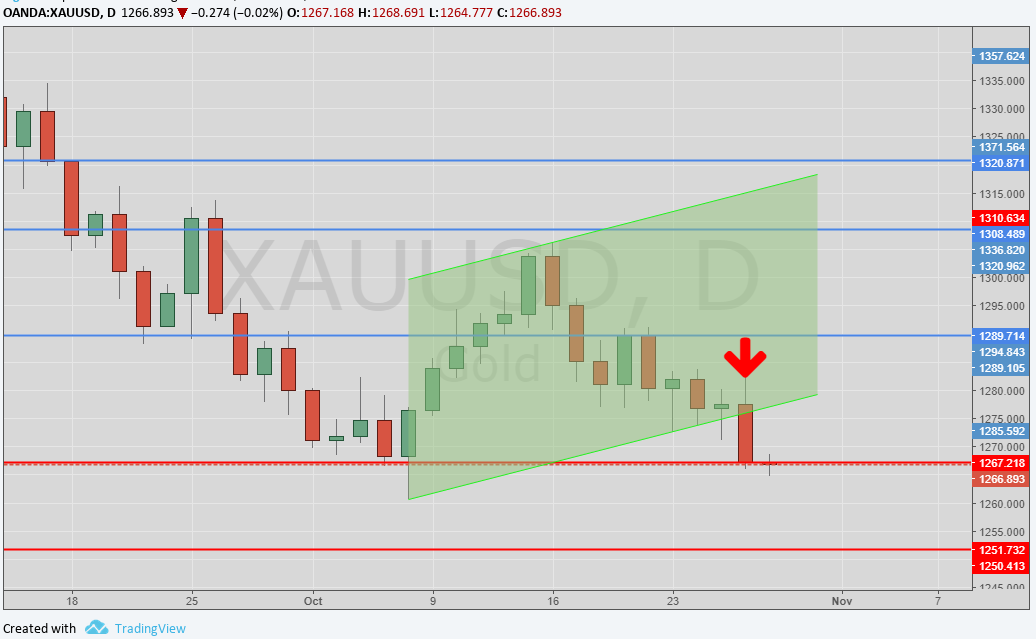 If we see the weekly graph, we notice as the ascending trend of the last weeks has clearly been violated to the rebate. At the moment, Catalogna apart, they don't seem to be enough strong catalysts to push the quotations to the rise. 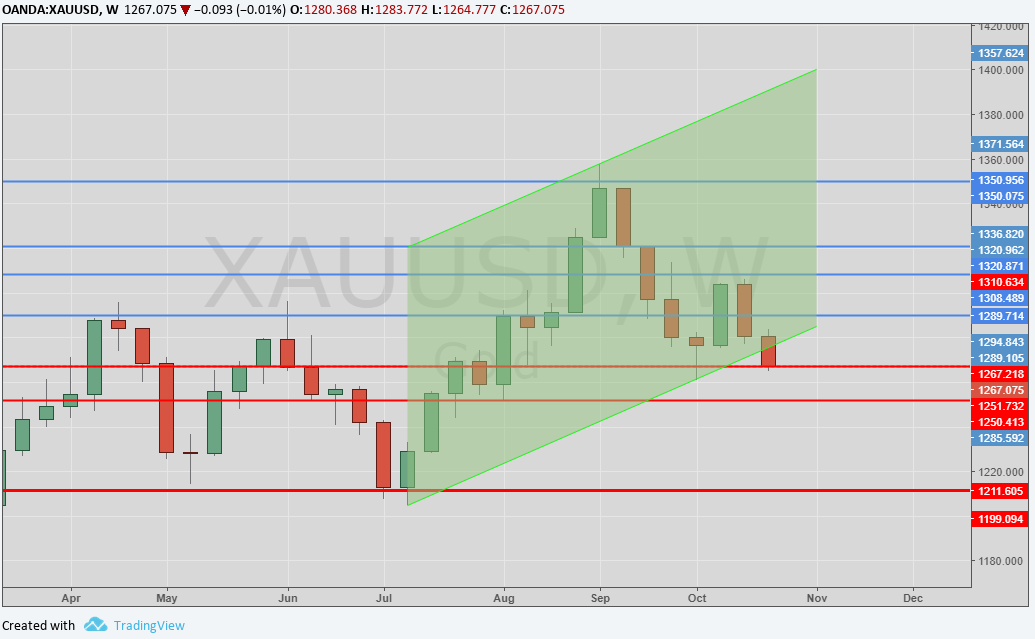 The silver keeps on following the gold and also it has been penalized by the words of Draghi. The metal has definitely gone out from the growing channel with the loss of the support set at 17 dollars per ounces. The dollar relatively strong doesn't help for sure the quotations of the raw materials. The technical picture is neutral. 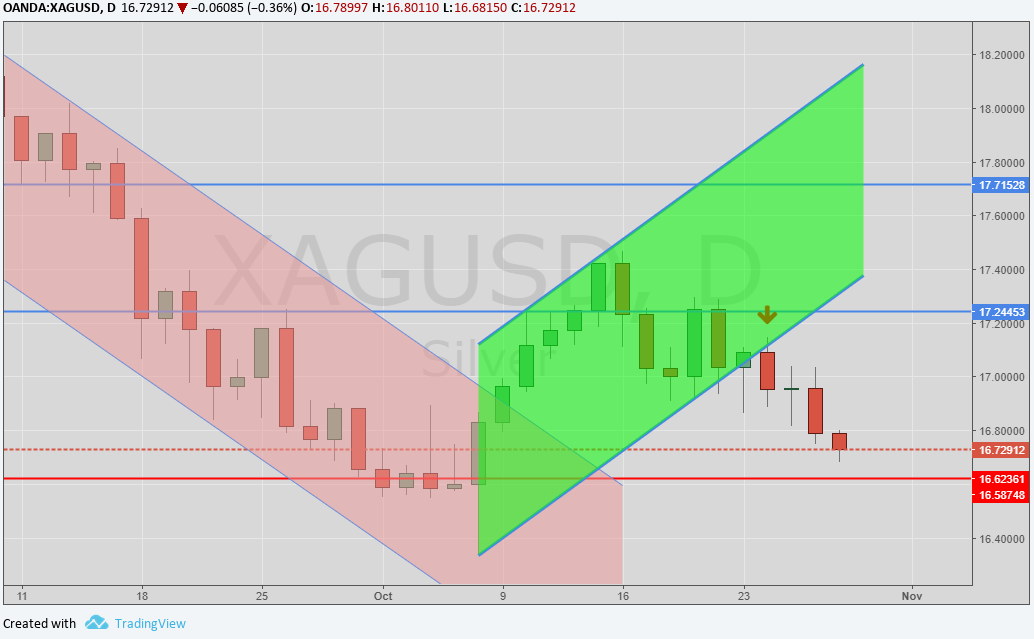 Persist the signs of weakness shown in the last weeks. The platinum seems by now direct toward a test of the monthly minimal above the 900 dollars per ounces. If the dollar had to keep on taking strength it is probably that the descent of the prices can subsequently extend. The spread with the palladium continues to lengthened: in the long term it is not to exclude a convergence of the quotations since, as said in the last reports, the two metals can be both used in the production of catalysts for the gasoline auto. 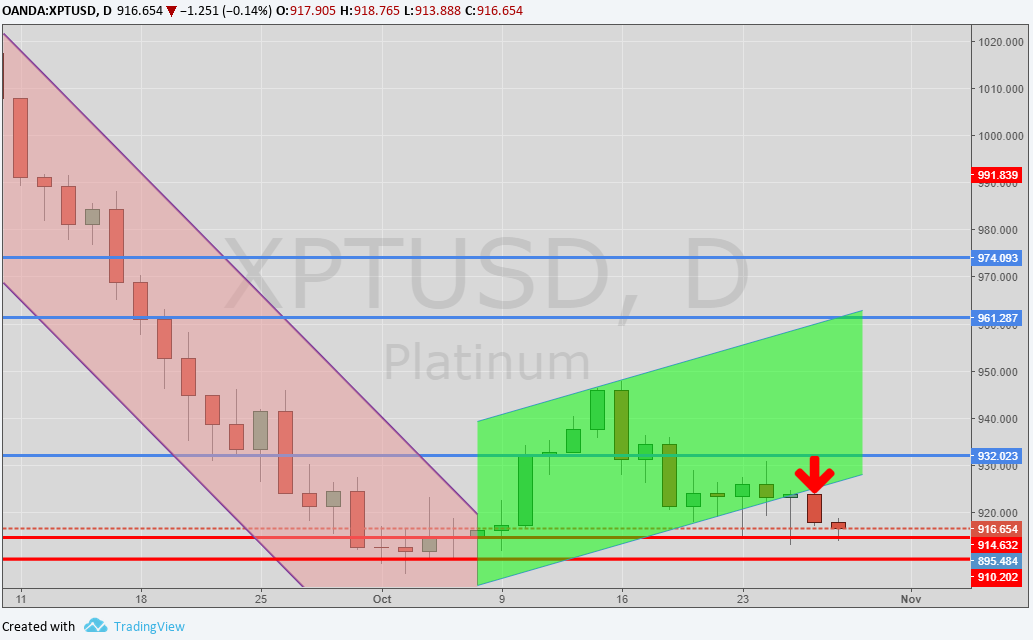 Also this week the palladium continues to overcome the other jewels. The metal has oscillated for the whole week around the area 950 $ / oz creating in this way a strong area of consolidation. In the target the maximum ones remain at 1000 dollars per ounces tested last week. It keeps to be valid the support furnished by the mobile average at 55 days (in area 930 $). Instead the following support is found in area 910. The outlook stays positive in the brief-middle term. 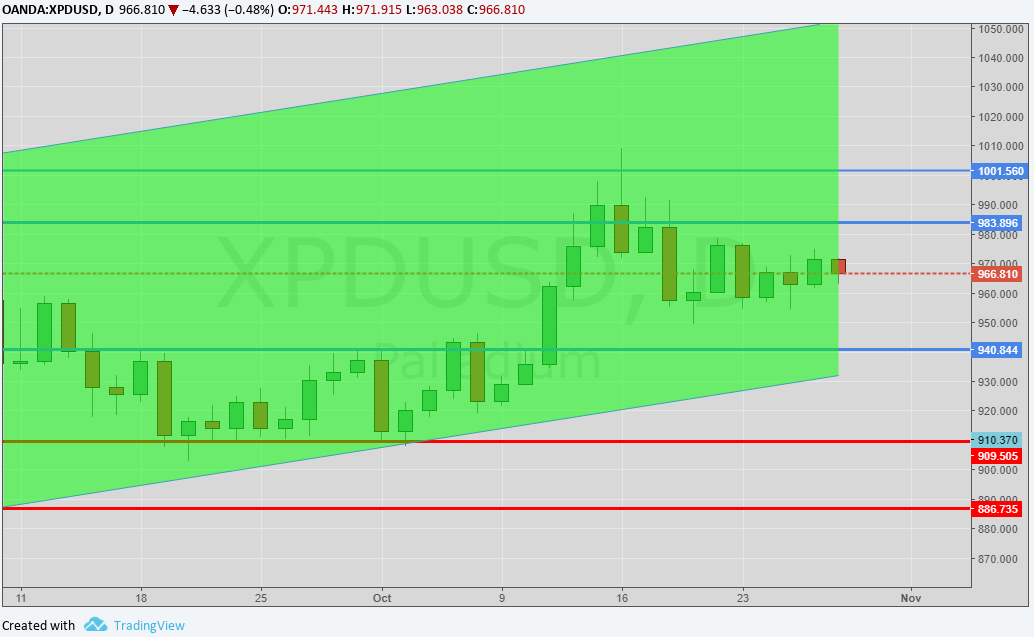 Second negative week for the Euro one, no more push in low from the strength of the dollar but from the words of Draghi. At the beginning of week the unique coin has been rejected from the area 1,90 and is preparing to touch new minimum. If the descent keeps on going also the following days (accomplice the Catalan crisis) the next objective it is in area 1,145-1.15. Upward the resistances are found at 1,175 and 1.190. 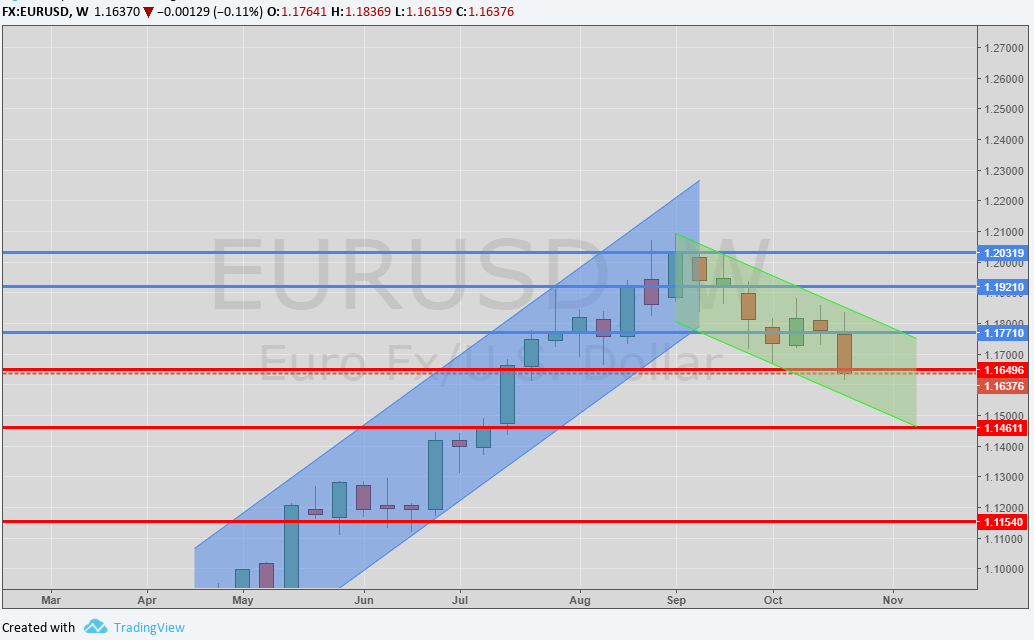