Exuberant week on the financial markets especially in America: the Senate has approved the budget for 2018 increasing the possibilities that the so attended fiscal reform will be approved. In addition to this, there are some voices on the possible nomination of Jerome Powell as the head of the FED. Trump would have met on Thursday the candidates which are in run to replace the actual president Janet Yellen. Besides the quoted Powell (who is given as a favorite), the others in list would be Gary Cohn (already economic advisor of the White House), the ex-governor of the FED Kevin Warsh and finally the economist John Taylor (very known in the academic world being the author of the famous Taylor Rule, a mathematical formula to determine the rates of interest). It stays as a favorite Yellen which mandate will expire the next February.

As said before, the rumors about the Powell nomination, have push Wall Street to the rise. Just in the day of Thursday the stock exchange had record strong losses following the disappointing data on the Chinese PIL but, to few minutes from the closing, the lists have suddenly passed in positive territory. S&P500 is now next to the target that Goldman Sachs had fixed for 2018 or rather 2600 points (the maximum actual has been of 2574 points). Very good also the European purses, with the home index that overcoming the other principals European indexes (DAX, CAC40 and FTSE100) despite it continuous to persist the uncertain political situation regarding the Catalan matter.

Purchase on the stock and the speculations on the next number one of the FED have pushed the dollar to the rise, especially in comparisons with the Euro and the Japanese yen. The strength of the green ticket have pushed to the rebate the gold quotations and silver: the two precious metals have lost all the earnings of the previous week.

The operators are now focused on the next movement of the BCE. The institute of Frankfurt will meet the next Thursday and it will announce, very probably, a change of monetary politics with the reduction of the QE: probably the monthly purchase of asset will pass from the actual 60 million to 30 million of Euro. In every case, according to the analysts, the BCE won't exclude a prolongation of the QE if the macro data of the zone wont’ follow the results hope.

The earnings of the last week have totally been reseted because of the strong dollar and of the new records mark from Americans and Europeans stock exchange. The metal is still found however in the inferior part of the increasing channel formed at the beginning of the month. See the actual strength of the stock exchange and a strong propensity to the risk they are not to exclude the new minima during the next sessions. A strong support is found in area 1250 $ / oz, while the following are at 1210 and 1200 $ /oz.s. 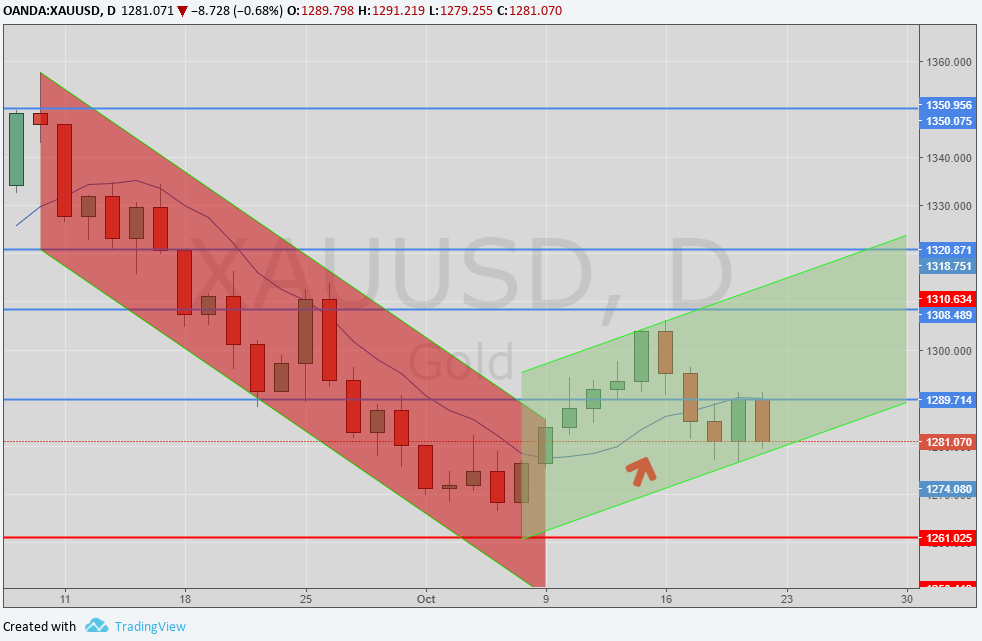 The silver also this week has followed the course of the gold. The metal has been rejected from the resistance posts at 17,24 dollars per ounces to go in area 17 dollars. Also in this case to weigh on the performance it is the strong dollar, that dissuade from the purchase all the first subjects rated with the American currency. Nevertheless the area under the 17 dollars offers a very strong support: if the dollar become more weak probably the metal can definitely greet these levels and to aim to new maximum (18,25 and subsequently 18,70 $ / oz). 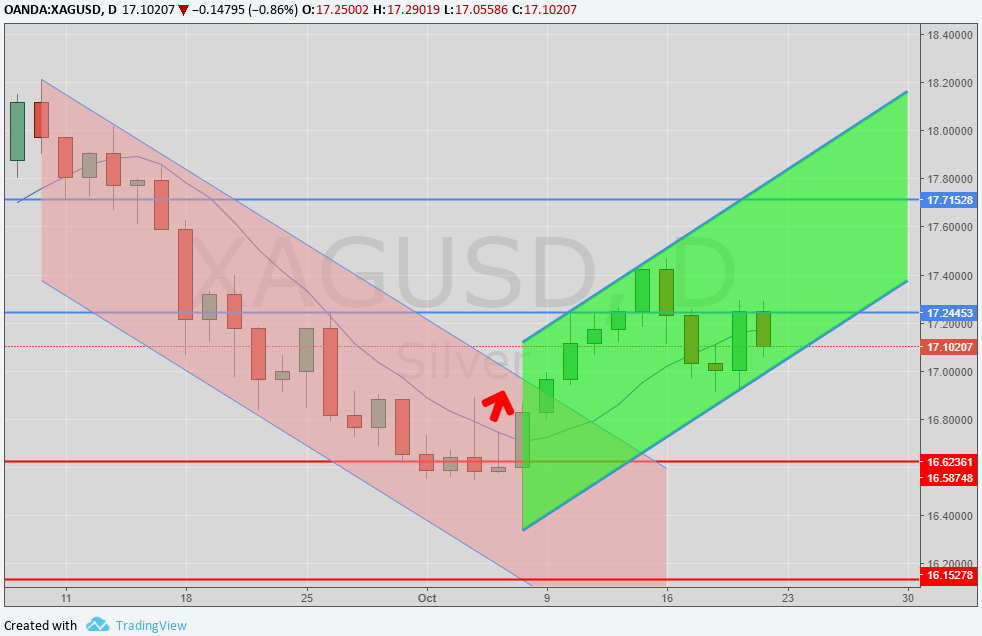 After having been rejected in area 950 dollars per ounces the metal continues to oscillate in a narrow range around 25 dollars. During this week the platinum has touch the lower part of the ascending channel formed in the first week of the month and it seems to keep on showing signs of weakness. If the channel had to be punctured, the first supports are found to 910 $ / oz and subsequently to 900 $ /oz.s 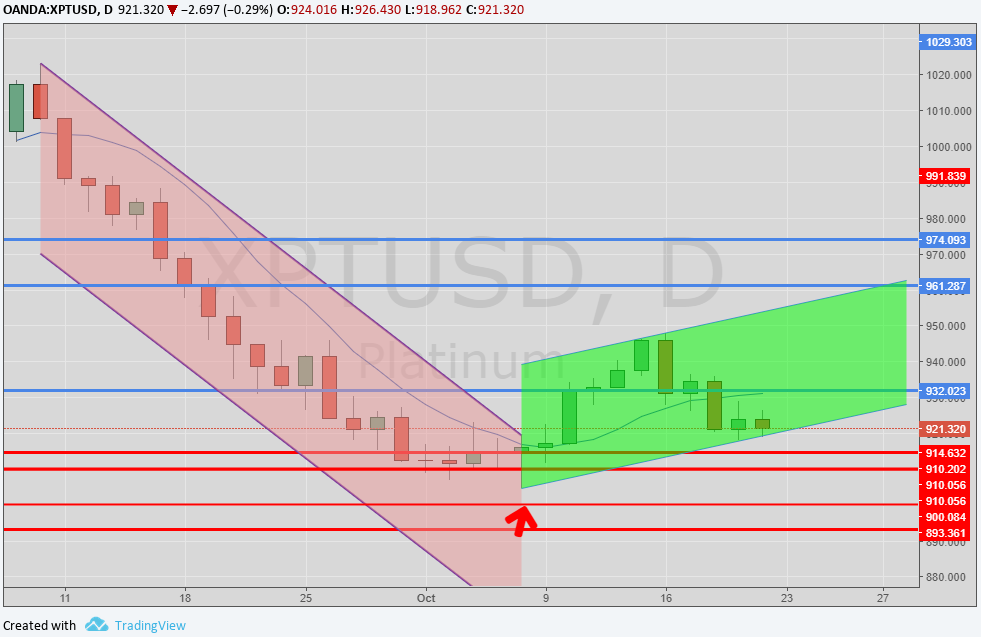 The palladium continues to overcoming other jewels. Although the week has not been positive the losses have been limited and the quotations don't seem to want to surrender. In the target there are always the recent maximum at 1000 dollars per ounces test in the week. Currently a good support is furnished by the mobile average at 55 days (in area 930). Instead the following support is found in area 910. the outlook stays positive in the brief-middle term. 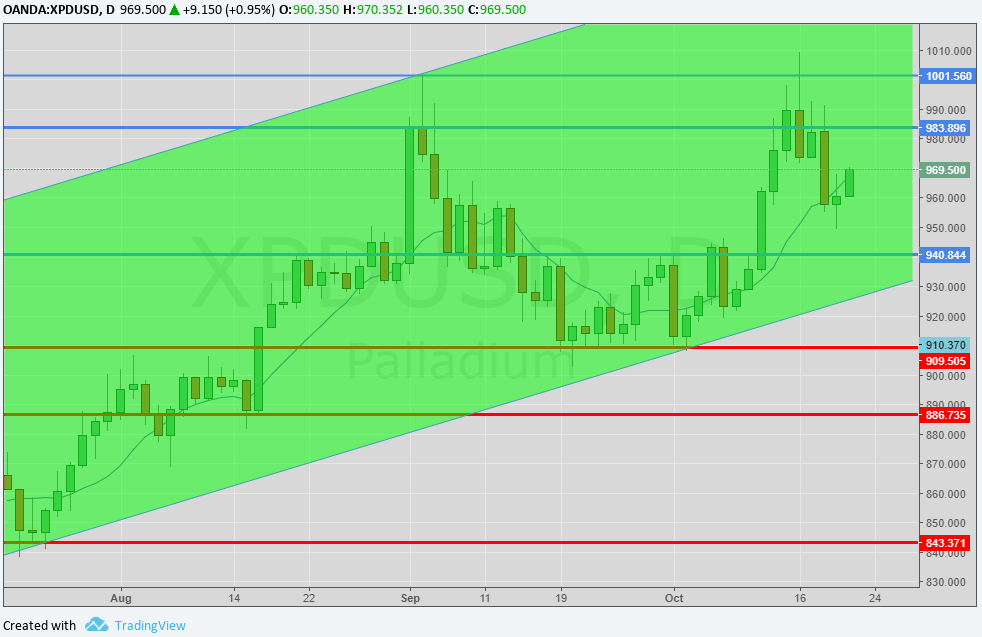 Negative week for the Euro pushed down from the dollar. Nevertheless the unique coin is always next to the actual maximum 120 and is sustained despite the political uncertainty that remains in the eurozona. At this point the driver that could furnish a certain importance to the currency is the reunion of the BCE scheduled next Thursdays. According to the decisions concerning the monetary politics that will be announced by the number one Mario Draghi the operators could decide to push the quotations above the maximum ones of period. If this had to verify him it is likely that to this follows a strong volatility. 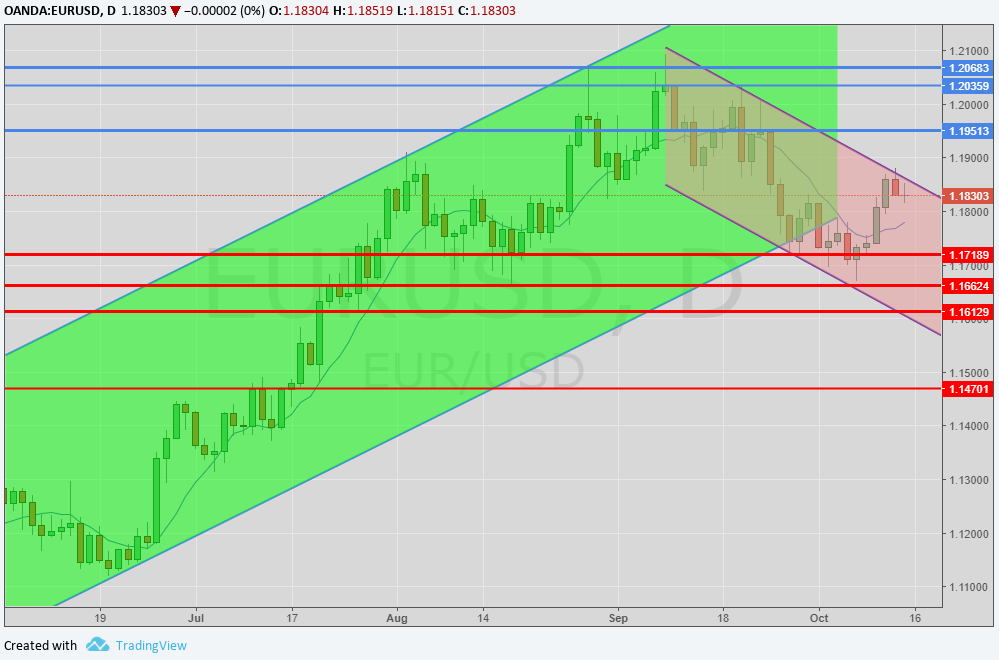