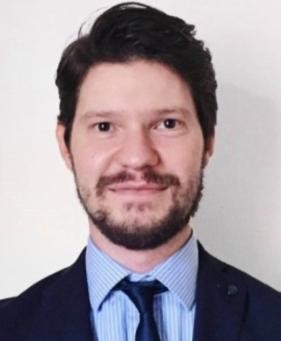 In its submission to Reuters’ January 2017 Precious Metals Price Poll, Italpreziosi forecast an average 2017 palladium price of $850 an ounce, the closest of any participant to its actual average price of $865 an ounce in the year to mid December.

The forecast was the most bullish in a poll that overall returned an average palladium forecast of just $725 an ounce, nearly 20 percent below the actual price to date. Palladium has broadly outperformed platinum this year, moving into a premium over its sister metal for the first time since 2001.

Italpreziosi’s Filippo Finocchi joined the Reuters Global Gold Forum on Thursday December 21 to discuss palladium’s price performance this year, and his outlook for 2018. Following are edited excerpts from the conversation.

Q: Why were you so confident that palladium would rise this year?

A: At the beginning of 2017, we saw that the price of palladium was near important resistance at $800/oz. Our expectation was that the price could be boosted above this level for many reasons. First, the market shortage; attractive prices compared to platinum; the increase in gasoline vehicle sales due to low oil prices; VW’s Dieselgate scandal; and the tightening of emissions standards.

Q: What is your forecast for 2018? What will the main drivers of the market be next year, in your view?

A: Palladium has just broken (to its highest since 2001), breaching $1,000/oz, and could have the strength to run again -- indeed, $1,000/oz is now the new support and while it stays above this level, technically speaking, the forecast is still bullish. Also looking at fundamentals, growing gasoline and hybrid vehicles worldwide sales, which represent around 75% of palladium demand, should again boost prices, probably up to $1,300/oz. My only uncertainty remaining on this is related to the ratio with platinum. The XPD/XPT ratio is under 0.7 and could affect attraction to palladium in favour of platinum, and create a cap to the rise in prices.

Q: Do you think palladium has a realistic chance of holding above the price of platinum next year?

A: Platinum demand remained stable during 2016 and despite a shortage of 192k ounces, prices decreased to below $1,000/oz in 2017. I do not think there will be a big recovery in platinum, so the XPT/XPD ratio should remain under parity for all of 2018. Indeed, 42% of the market demand for platinum depends on autocatalysts, which showed only a 2% increase, while the 27% that is is represented by the consumption of jewelry marked a 12% drop last year.

Q: How long would it have to persist to encourage substitution of platinum for palladium in autocatalysts, do you think?

A: At current prices, I think there is no chance of complete substitution of platinum for palladium as catalysts for diesel engines are prevalently made with platinum, particularly the HDD vehicles. So, even if palladium is more and more wanted for HEV and gasoline vehicles, it should not substitute platinum in some markets, such as diesel.

Q: Oddly, we’ve seen palladium ETF holdings retreat this year to their lowest since 2010, in spite of the rise in prices. Why do you think that is?

A: I think the retreat in palladium ETF holdings was probably due to the shortage in the market. The reduction may suggest that physical palladium had been taken from holdings to cope with the deficit, and to be lent in the market.

Q: There were some interestingly sharp moves in lease rates this year. What do you think was behind those? Is there really a shortage of metal in the market?

A: This question is well linked, in my opinion, to the previous one: indeed, if current demand, due to the shortage, is very high, the forward curve will go into backwardation. These reasons boosted lease rates and made XPD lending very attractive. So, in my opinion, there really is a shortage of metal in the market.

Q: What sort of supply response to higher prices is feasible, do you think?

A: Nothing in the short term. I think higher prices will cause more mine production, but it will happen in the medium term. In particular, output from bigger South African mines decreased by 7% in 2016, increasing the shortage of 183k ounces, because of low prices, strikes, stoppages and mine suspensions. So, even if prices increase, other issues will take more time. To the contrary, autocatalysts recycling should increase in the next years and this could contrast with the current mine decrease. Anyway, the support of ETF disinvestment to balance the shortage in the market will be very important.

Q: After several years of deficit, how long before above-ground stocks of the metal start to run low? What could that mean for prices?

A: Mine production should remain stable in the next years. Only in the medium term we could see a significant increase in output. ETFs are limited: all known palladium ETFs holdings are around 1.35 million ounces, that can only face one year of shortage. In addition, the recycling of autocatalysts is increasing, but less than the increase in demand for new cars. The reflection on prices, in my view, will be positive for palladium in the short to medium term. The only cap is presented precisely by prices: too high a price could create a lack of appetite for palladium in favor of platinum.

ABOUT THE GLOBAL GOLD FORUM

IF YOU’RE IN PRECIOUS METALS, YOU SHOULD BE IN HERE

The Reuters Global Gold Forum is hosted by Reuters journalists specializing in the precious metals markets. You can chat, post questions, get answers and exchange ideas directly with them and key industry leaders from around the globe.

This unique network lets you test and challenge ideas, gauge industry feeling or seek the reaction of your peers. Get the inside track on latest developments. Engage directly with experts and industry leaders to spot opportunities and gain crucial insight into where the market might head next.

Register here to become a member and catch the day's highlights