Yellen: a dove rather than a hawk

Yellen: a dove rather than a hawk

Last December, the bankers foresaw four increases in the interest rates by 25 bp in the course of 2016. Anyway, plummeting of oil prices, the crisis in the emerging countries, the slowdown of China’s economy together with the persistent European’s stagnation and, as a consequence, the increase in QE by Draghi have changed Federal Reserve’s plans.
With the markets that were on the verge of pricing even an increase in April, the Management Team now expects only two price hikes, and this is also because of the declarations that several presidents have made on the matter.
However, last night this hypothesis seems to have been swept away by the words of Yellen which stated that the evolution of employment and of real estate and the positive development in community consumption are now positive. Moreover, she described as “mixed "the information provided by the economy during the first glimpse of 2016, beginning with an inflation that should remain well below the healthy rate of 2%, and she also suggested that in the coming years gradual increases in the cost of money will be needed.
All these trends have resulted in a reverse in the American stock markets that have closed in a positive way, especially with respect to precious metals, with gold that has gained about 20$, and with the cross EUR / USD that has raised from 1.12 to about 1.13.
We can affirm that what happened yesterday was clearly what the markets wanted to hear, and so they simply expressed it.
At the moment, the most probable date for the second increase since 2006 is July (next Friday’s Payrolls permitting). 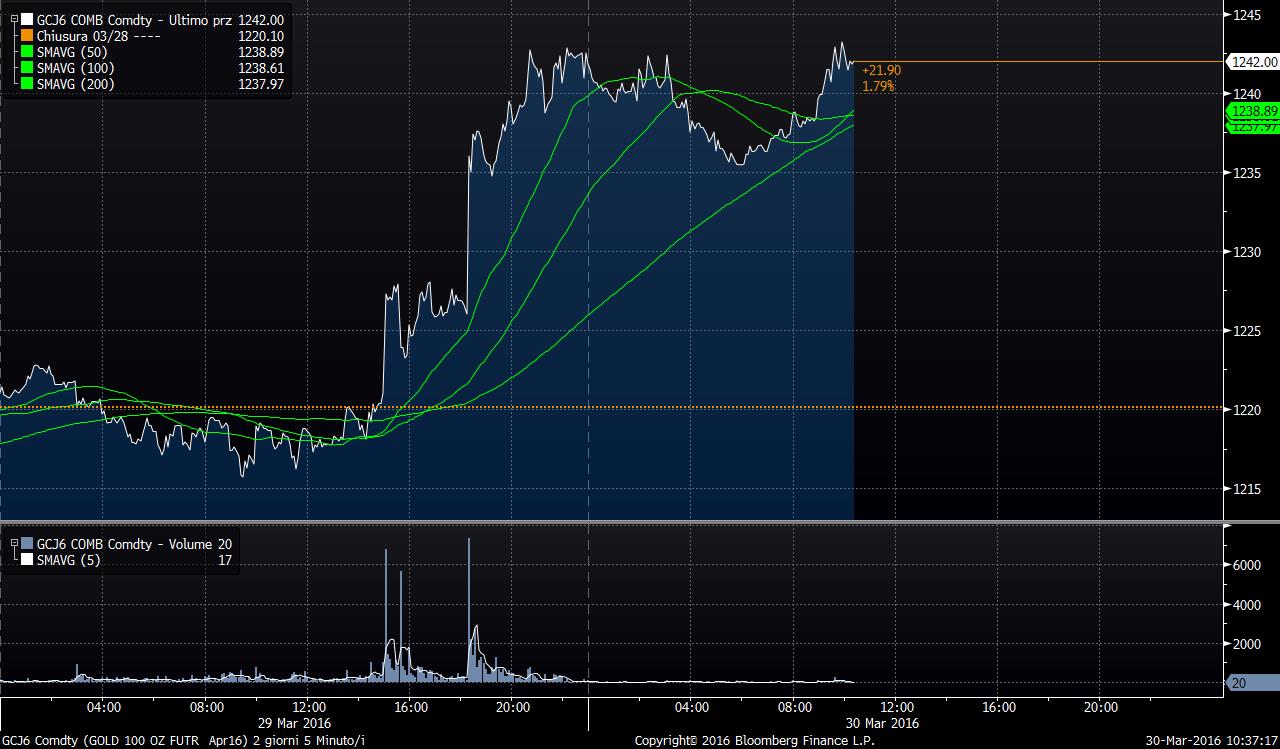 BCE: A ‘wait and see’ approach