The last week has been opened with the result of the German federal elections: as expectation, Angela Merkel has gone out as a winner and it is going to cover its fourth political mandate. Nevertheless, in the recent round of elections the
chancellery must go down to compressed with the counterparts having captured only a one third of the votes. The impact on the markets had an effect on the change Eurodollar that has lost points from the recent maximum. The European lists, after a beginning of the week weak, have greeted positively the Merkel’s win and they have proceed on grinding new maximum.

During this week has been introduced the fiscal reform from the Trump’s Government.

The text, still temporary (8 deprived pages of details meanings), leaves many doubts around the probability that is going to be approved by the Congress, in addition some parts of the reform arrived to the press before the official presentation, causing strong selling on the stock exchange.

But, once again, the downward correction was seen by the operators as another opportunity for the purchase by bringing the stock exchange not only in recovering the fall, but also in exceeding some psychological resistance.: currently the stock exchange S & P500 index it is at more , at only 70 points from the target predict by the analyst of Goldman Sachs for the end of the 2018.Great performance also for European stock exchange: DAX 30 exceed the 12,900 points while our FTSEMIB and the Spanish IBEX-35 on Wednesday accused a less tolerable politics from the BCE on the NPL held by the banks and the tensions in Catalogna.

Fourth consecutive weeks of rebates for the yellow metal. The fiscal reform of the President Trump and the interventions of the number one of the FED Janet Yellen have put the quotations under pressure. At the beginning of the week the metal have touched a minimum of 1270 dollar per ounces (1268.25) timidly bounce on Wednesday.If the dollar will keep on growing stronger, the quotations of the gold could go to test the 1250 dollars per ounces in the brief term and the 1200-1210 in the middle. Wear down the chances to exceed the historical resistance at 1375 dollars per ounces, considering the fact that perception of the political and geopolitical risk went down. The outlook is is neutral. 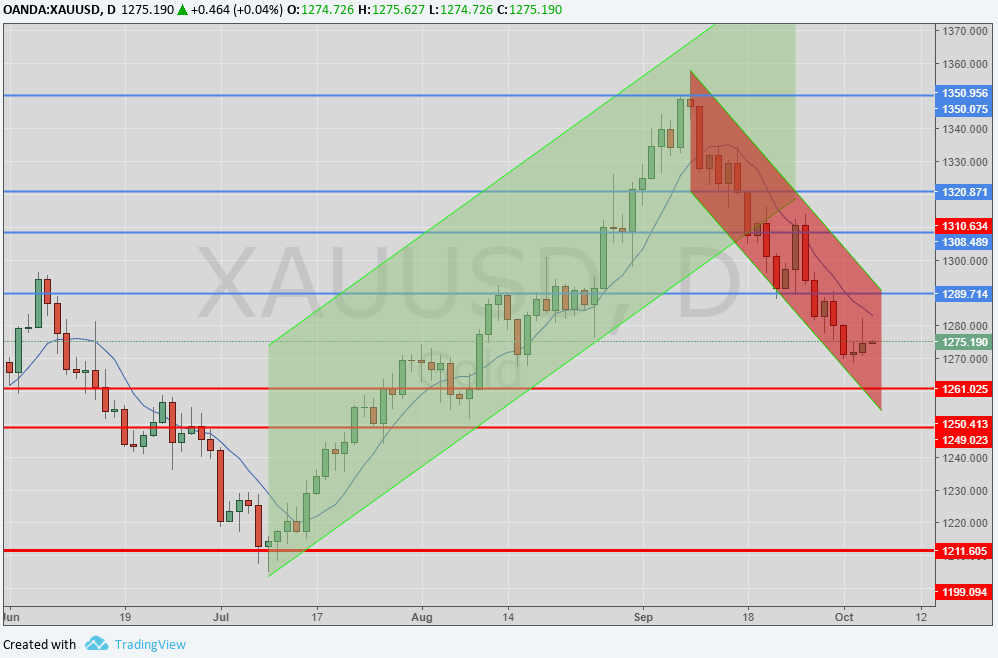 The silver as the gold, continues to accuse the rise of the dollar. Currently the metal is supported by the strong support offered by the level set at16,65 dollars per ounces. If the price continues to go down , the first supports are in area 16,50. 16,35 and subsequently to 16,10 $ /oz.s. Nevertheless, both for the gold as for the silver, it is possible that the effects of the referendum on the independence of the Catalogna and on the new Merkel’s government has not fully been quoted in the market . Such elements of political uncertainty could be the future drivers for a vigorous rebound of the quotations. 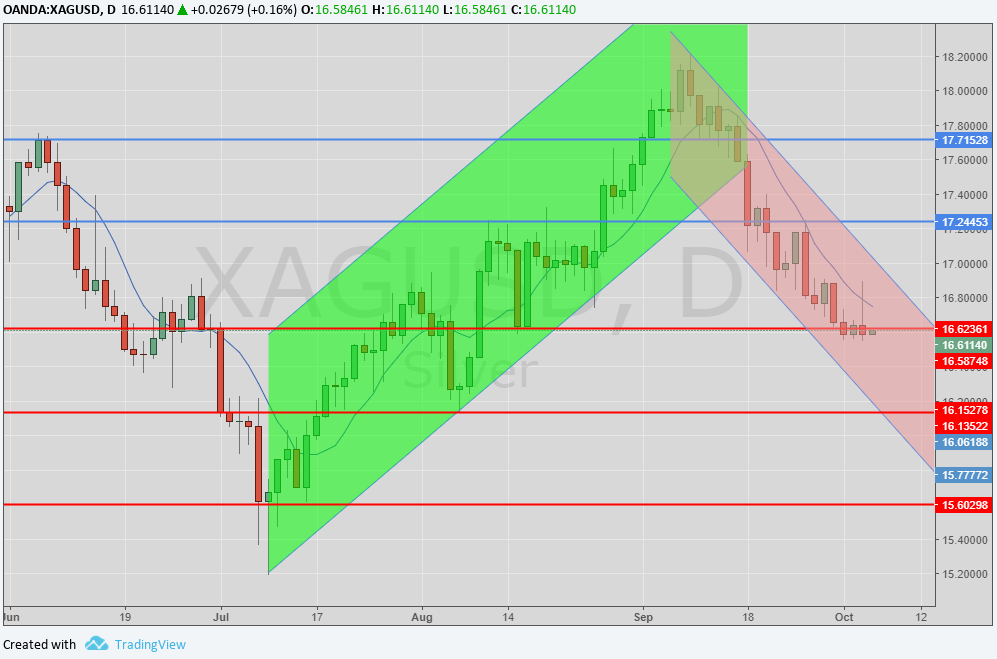 The change has broken the channel of growth and has made a will to the area behind 1.16. The currency of the eurozona has immediately lost strength after the election of Angela Merkel and you/he/she is subsequently weakened after the words pronounced by Janet Yellen I concern the forward guidance of the FED. If the political uncertainty on the European ground had to exacerbate the unique currency could continue the phase touching the area of 1,14-1.15. 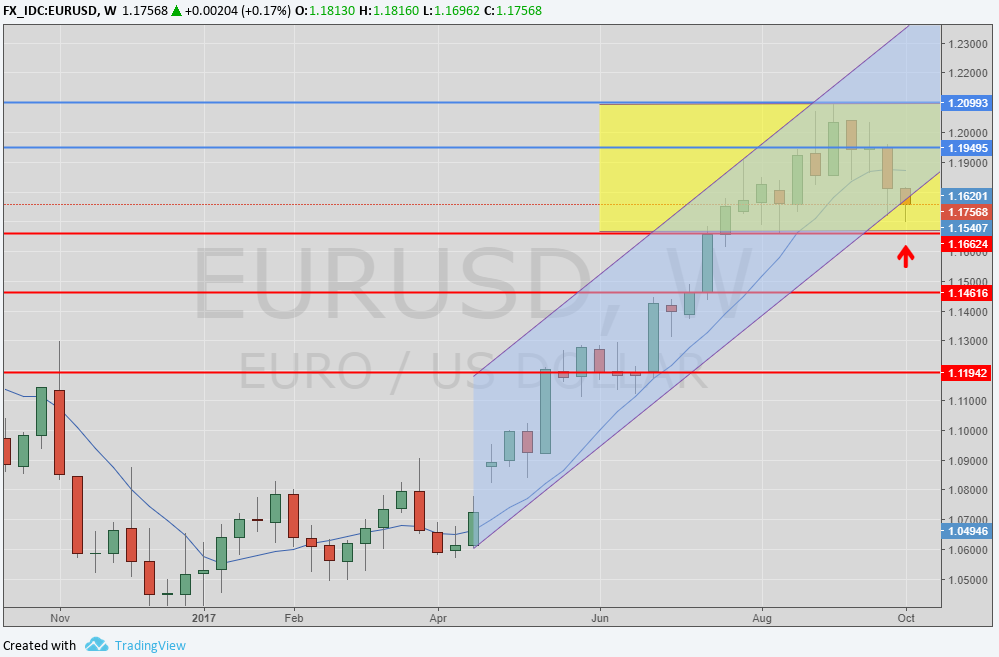