The rally on the American stock exchange has not mentioned to defuse even this week. The appetite for the risk is on the historical maximum and the geopolitical tensions (see the missile test from Korea of the North) don't seem to arouse series worries. In the meantime the FED is favorable to a further rise of the rates of interest (scheduled in the next meeting of December). On the political side the green light for the Trump’s fiscal reform (attended from the last Thursday) has skidded once more due to the increasing worries on the American deficit. The team of the President says that the missing entrance derived from from a smaller fiscal pressure towards the American firms would be compensated by a great economic growth.

On the opposite side the political adversaries that hope to have great reassurances about it. As mentioned before the stock exchange doesn’t want to be surprise from the wisecracks of arrest of the bureaucratic iter and they persevere with you purchase him on the stock one. The anticipated targets for the year in progress have broadly been overcome (S&P500 had a target of 2400-2450 points second Goldman Sachs; currently the index is above the 2600) and it is prepared to lift the target related to 2018 (now place to 2800-2850 points). Accomplice also the period (the Christmas draws near) the trust in the economic sector is therefore to the maximum levels. To such intention we can notice as some technical indicators perhaps suggests a too euphoria: for example, the Relative Strenght Index (or RSI, index of relative strength) used for monitorare

to such intention we can notice as some technical indicators perhaps suggests a too euphoria: for example, the Relative Strenght Index (or RSI, index of relative strength) used for monitorare when the markets are "ipercomprati" or "ipervenduti" it marks a next value to 86 on 100 on the Dow Jones. This is verified only 4 times in precedence: in 1929, in 1955, in 1986/7 and in the 1997.

There is undoubtedly a strong propensity to the risk that penalizes you purchase him of jewels. Symbolic, to this intention, the rally for the bitcoins. The digital currency has broken down the wall of the 10.000 dollars touching for a brief period him 11.000 attracting to itself investors (professional and not) more and more. The gold closes the week instead in red, as the silver. Rather stable the quotations of platinum and palladium as the change eurodollaro that, after a brief descent to beginning week toward 1,1800, you/he/she has kept on recovering terrestrial towards the dollar currently bringing himself/herself/itself next to 11900. In week the meeting of the manufacturing countries and oil (OPEC) exporters you/he/she is finally held: the result of the reunion had been nevertheless broadly prezzato from the operators that from the operators that they were not waited for some surprise (extension of the cuts to the production within all the 2018).

negative Week for the gold. The barrier represented by the 1300 dollars the continuous ounce to be a hard psychological resistance to demolish. The yellow metal, ogniqualvolta draws near to such level, you/he/she is sold in big quantities by the operators. The stock markets are found record (S&P500 has closed the last 13 consecutive months with the sign more and it firmly travels above the 2500 points) to levels. The appetite for the risk is still tall and to the moment they don't seem to be I/you/he/she signal us that they point out a change of rout. Besides the FED has opened the doors for a further rise of the rates within the end of the year: reason, this, enough to bait the sales on the jewels. The price is found between the mobile average to 100 days and that to 200 with a first support in area 1275. Subsequently the second point of landing could be represented by the average to 200 mail to 1267 $ /oz.s 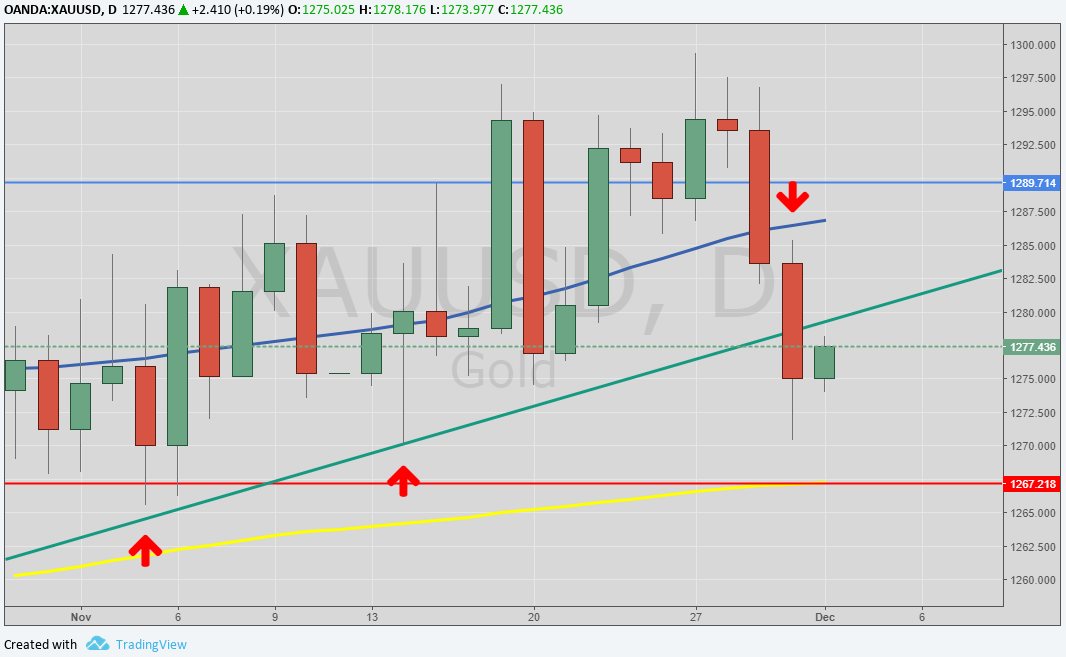 On the magazine the general picture, although deteriorated in comparison to last week, he/she is moderately positive. Till now The ascending trendline has sustained the price (you see graphic underlying). The outlook of long period therefore he/she is positive. 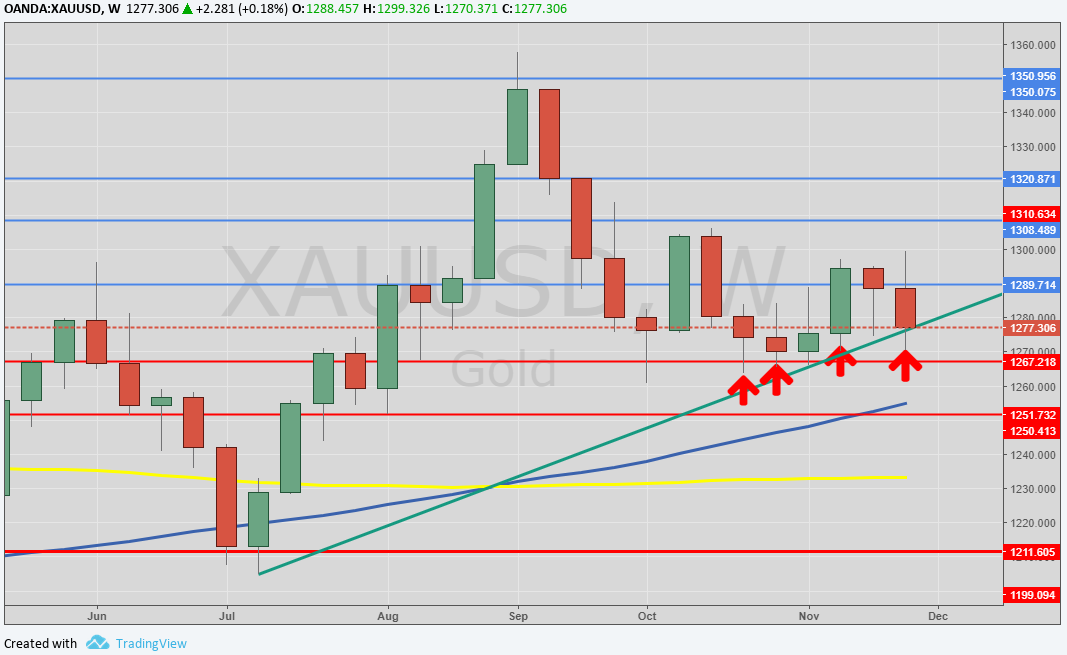 The silver in week you/he/she has been stricken from strong sales, amplifying the movements bears of the gold. We remember once more that from the point of view of the fundamental ones the picture is not optimal: the production is near to levels record and the question in diminution. The price has escaped from the ascending channel and currently it is found well below the mobile averages to 100 and 200 days. Lost also the support to 16,60 $ / oz (recent minimum). The resistance most important it is now found to 17,10 $ / oz and it coincides approximately with the mobile average to 200 days (yellow line). If the quotations had to keep on going down the support it stays to 16,30. 16,10 dollars the ounce. The outlook is neutral-negative. 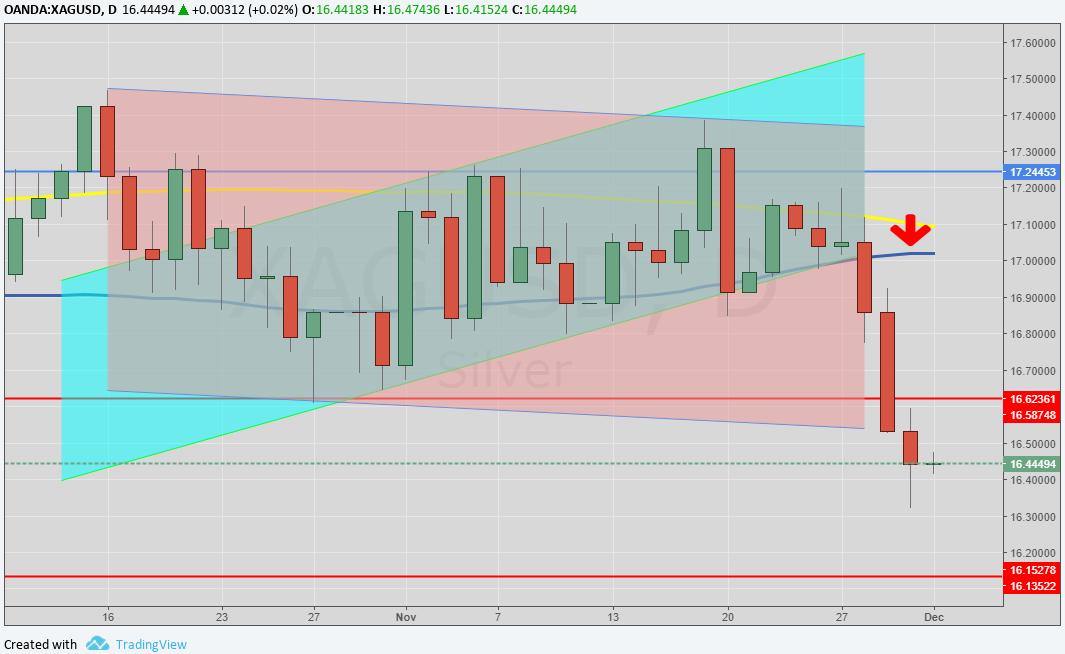 The metal, after having tried to effect for the second consecutive week a leap above the 950 $ / oz you/he/she has been once more rejected downward. Currently in area 950 $ find both the mobile average to 100 days and to 200 (what they represent a strong resistance) while in area 955 are found the weekly average to 55 (also it a strong resistance). Nevertheless the general trend moderately remains rialzista (considering the increasing minima). Downward the first strong support is set in area 920 $ / oz and subsequently in area 915-916 $ /oz.s We finally find the relative minima in area 904 - 910 $ /oz.s 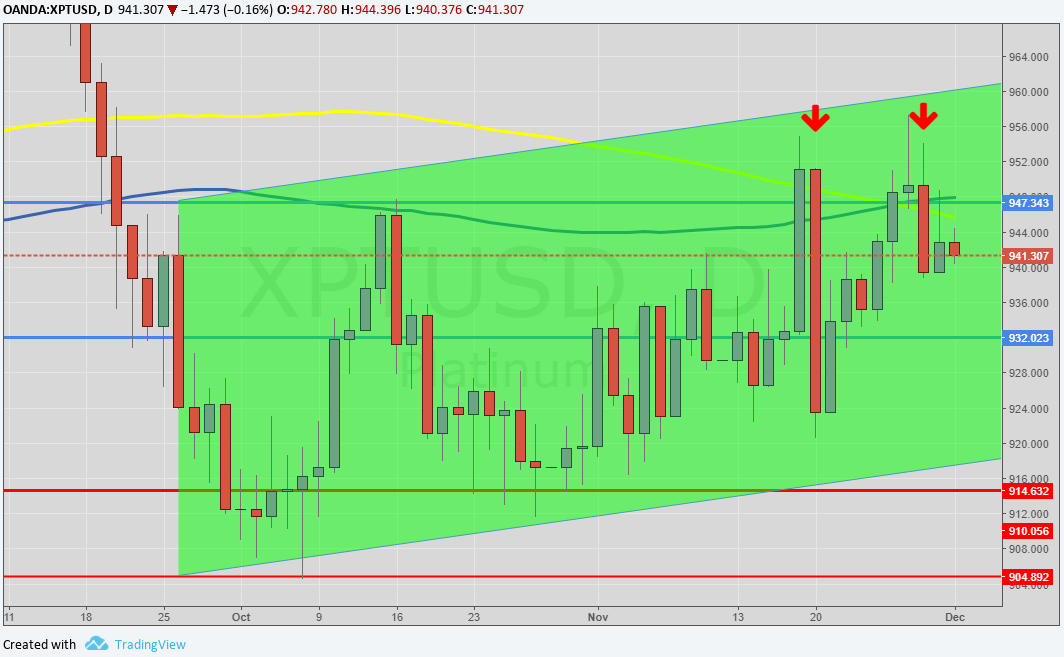 The metal is found in a side and continuous phase to sustain above the 1000 dollars the ounce. Nevertheless, also this week the price has not succeeded in overcoming the recent maximum in area 1025 -1030. The ex resistance to 1000 dollars (but in general the area around the 980) continuous to serve as support to the quotations. That following is found in area 997-998 $ / oz and subsequently in area 980 - 960 $ /oz.s The outlook stays positive in the brief-middle term since the price is firmly above both the mobile (100 and 200 days) averages. You/he/she must be underlined nevertheless that the strength rialzista seems to have met a light wisecrack of arrest in comparison to the last weeks. 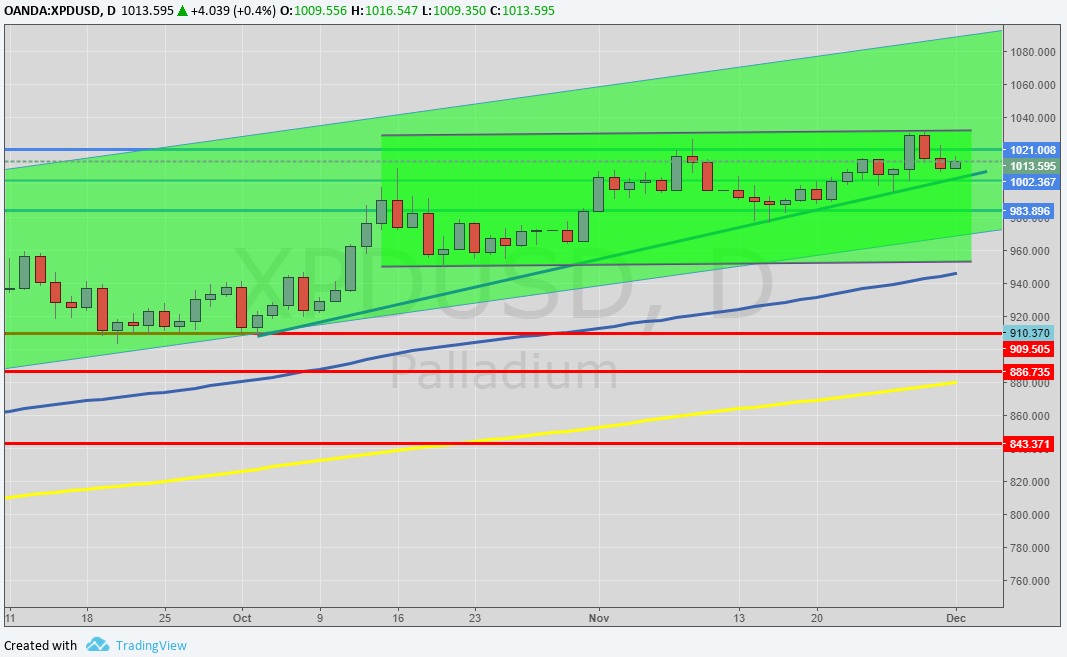 EURODOLLARO (EURUSD)
The rush of the last three weeks would seem to be him. to the moment. arrested. The resistance in area 1,1950 continuous to reject upward the run of the European one. Nevertheless, despite the words of Janet Yellen on an increase of the rates anticipated USA in the current month, the currency of the eurozona maintains its strength. A correction of the American stock markets could bait besides further purchases (with weakening of the dollar and run toward the jewels and Japanese yen). 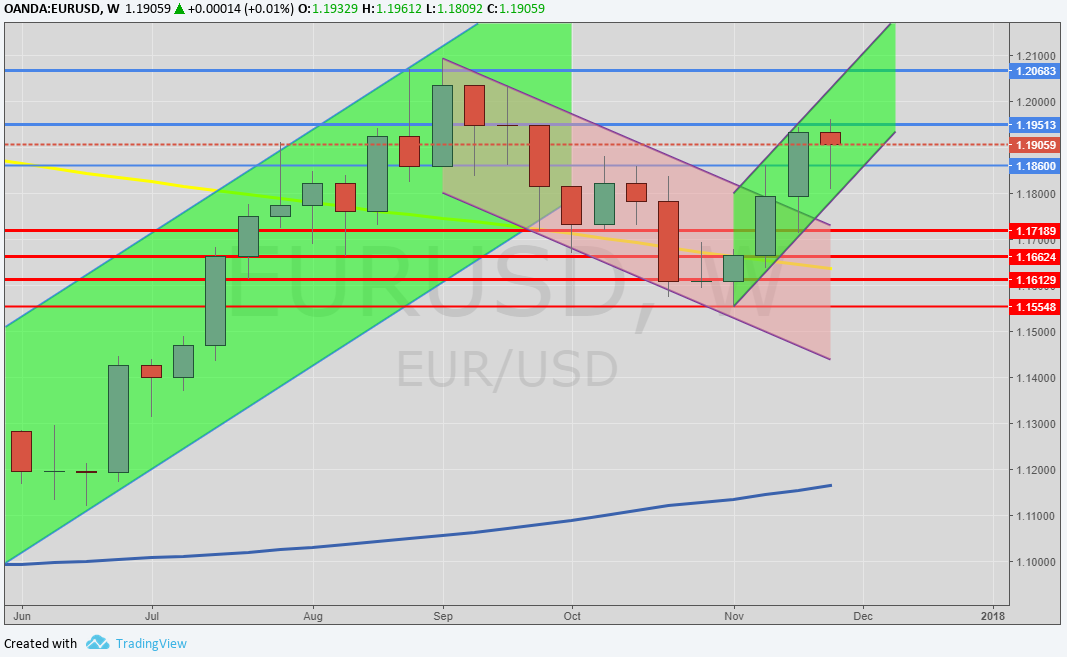 By virtue of these terms of use no liability can be incurred by Italpreziosi S.p.a. for losses, damages or missing and / or minor gains that the reader would suffer as a result of executing transactions based on newsreading.