Also the just concluded week has been characterized mainly by the weakness of the dollar (and from the strength of the euro) despite the three rises of the rates put on the table by the FED within the end of the year. This weakness had sustained the American lists, that punctually marked new record damaging the European stock exchange, relatively penalized by the rate of the change too high. Talking about an excessive euphoria, at this point, doesn't seem an exaggeration because the index S&P500 is below the 50 points forecasted for the end of the year (2850, currently oscillate at the 2802), while the Dow Jones firmly travels above the 26.000 points.To get profit from such a weak green ticket have been first of all the row materials rated in America currency (particularly petrol WTI and precious metals). The Dollar Index is at the lowest levels of the last three years, and according to different analysts the descent could continue for a long time. 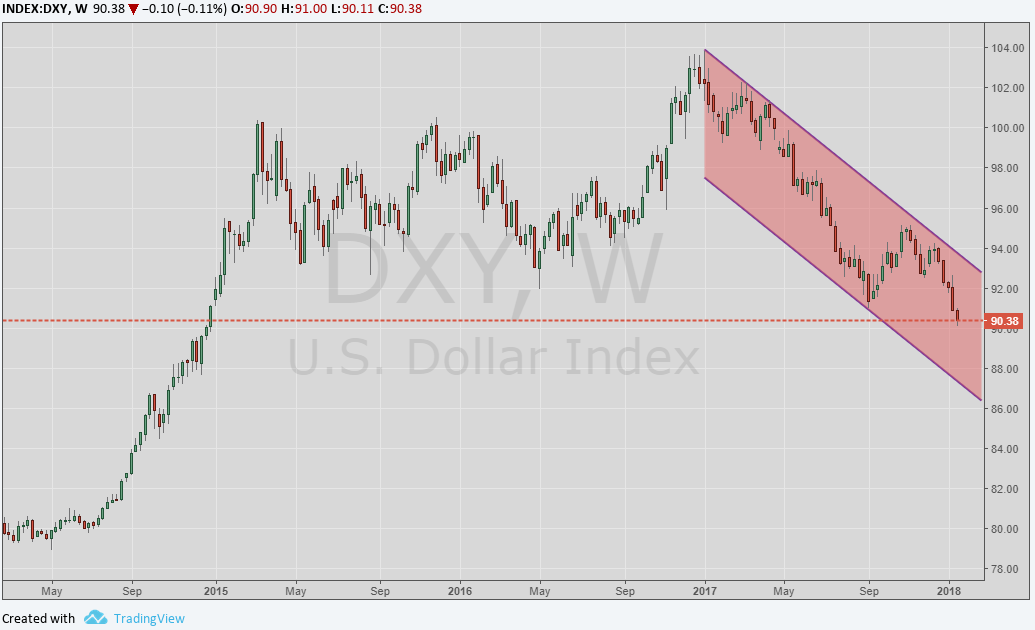 The reasons are explained: the politics of Trump are perceived as "isolationist" and push the operators to forecast a smaller role of the green ticket on the global markets. It also grows the fear of a brake of the American economy, which accordingly with a lot of analysts sustained that is almost arrived to the end after a macro expansionist cycle. In addition we have to consider the effects of the fiscal reform, which could inflate the American debt up and reach the astronomic amount of 1000 million dollars at the end of 2019 (according to the respects of Goldman Sachs and JP Morgan).

On the European front the good economic data (and a stock compartment with quotations not exasperated) push to the up the unique currency: this strengthening arouses nevertheless some worries to the officials of the BCE due to fact that the inflation keeps on being the great absent of this hard resumption. During this week we finally underlined a resumption of the volatility: the VIX lifted the head (after having marked a record of closings in terms of number on the minimum). Will it be the 2018 a year of up and down on the markets? A lot of people bet yes, especially considering a less easy-going monetary politics.

Negative week for the yellow metal which ascending it has been stopped by the wall of the 1345 dollars per ounces. Such level is a fundamental test for the gold. Despite the positions of the speculators are clearly directed to the up(according to the data published by the Comex) this last ones are partly counter-balanced by the producers that, due to the price, could decide to sell in the case in which the scenery direct to the up begins to come less. To take under control obviously is the green ticket: a rebound of this would have a negative effect on the jewels and on the first subjects denominated in dollars. Ion this moment a strong movement above the 1350 $ / oz would be able to furnish further pushes to the price. 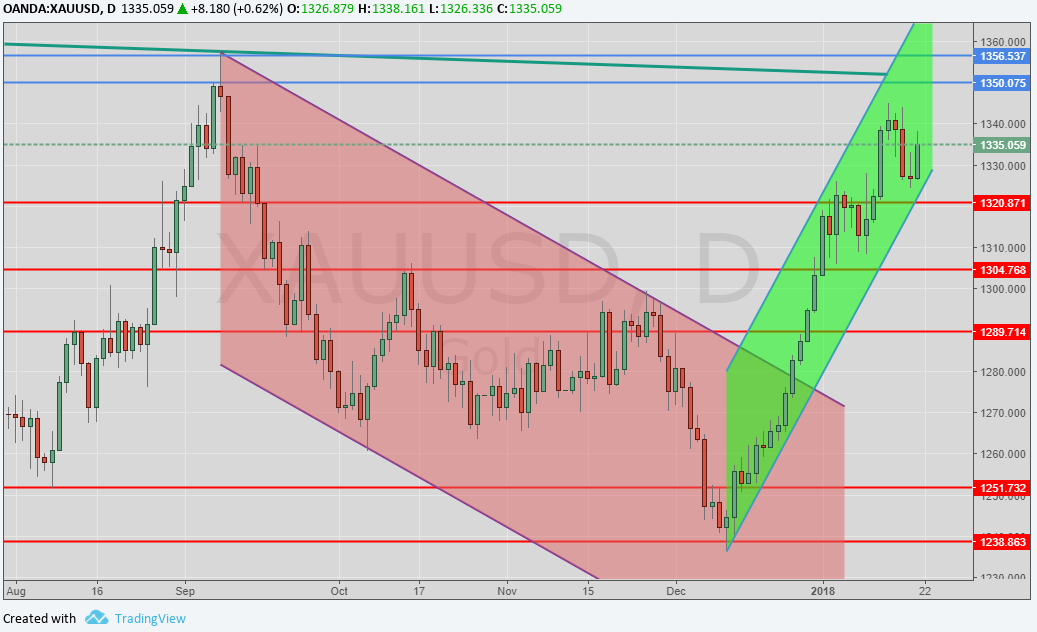 On the weekly graph the general picture is positive even if the zone where the price is oscillating is difficult. Currently the quotations could go down and settle in on the actual levels in the range 1300-1350. 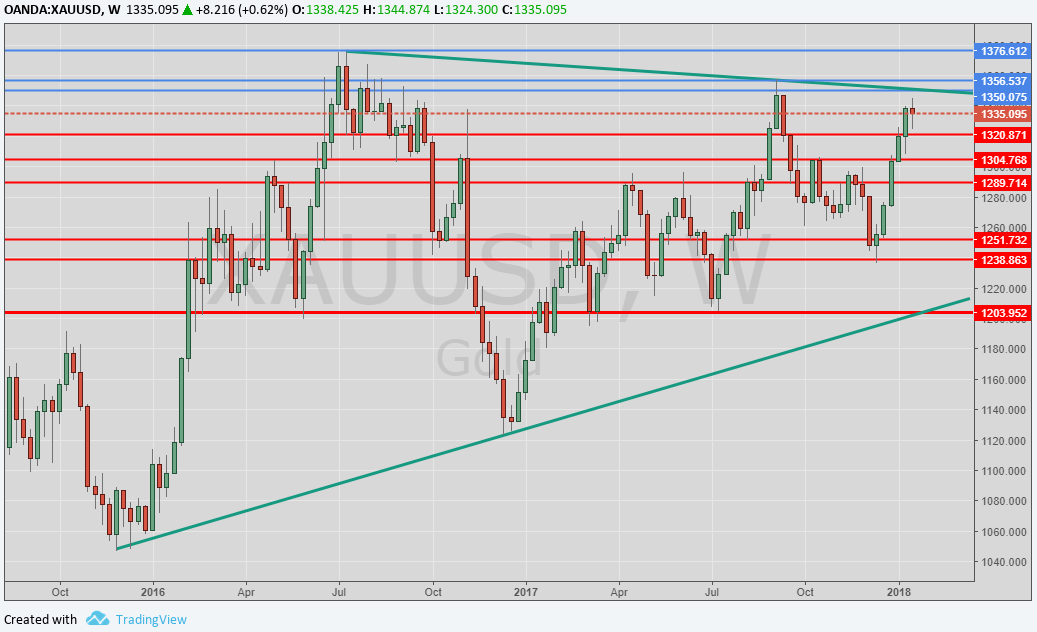 The metal also for this week followed the big brother and has been rejected from the strong trendline bear that finds its apex in July 2016 (a little bit above the 21 dollars per ounces). The outlook passed from being moderately positive to neutral: on today's range the resistances toward the up are a lot and the dynamics of question and offer don't seem to be particularly favorable to bait further rushes. Also in this case the weakness of the dollar will play a fundamental role. 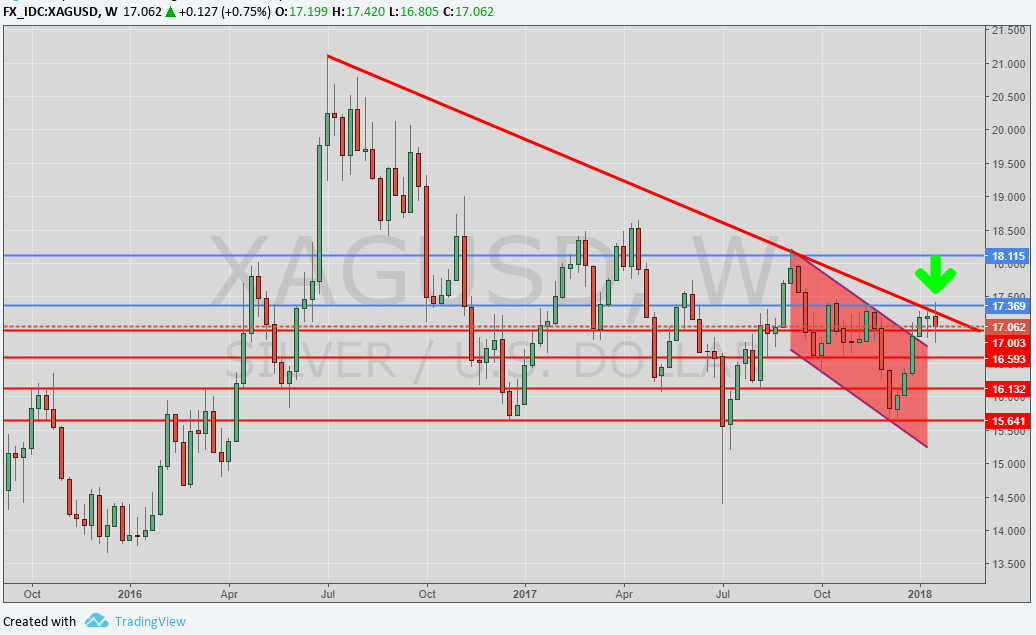 After having touched the minimum of the period at 890 $ / oz the platinum has vigorously bounced and it is ready to test the high part of the lateral channel in which the price has oscillated in the last 2 years. Currently the picture is positive and is sustained from good fundamental (in particular the question which coming from the east which pushing up the prices of the metal). It’s important to notice how the quotations (unlike for gold and silver) has succeeded in puncturing the trendline bear of a long course that. as in the case of the silver has seen his maximum in July 2016. Decrease the differential one with the palladium (now around 100 dollars per ounces). If the run would continue the next resistances are found at 1025 and subsequently at 1050 dollars per ounces. 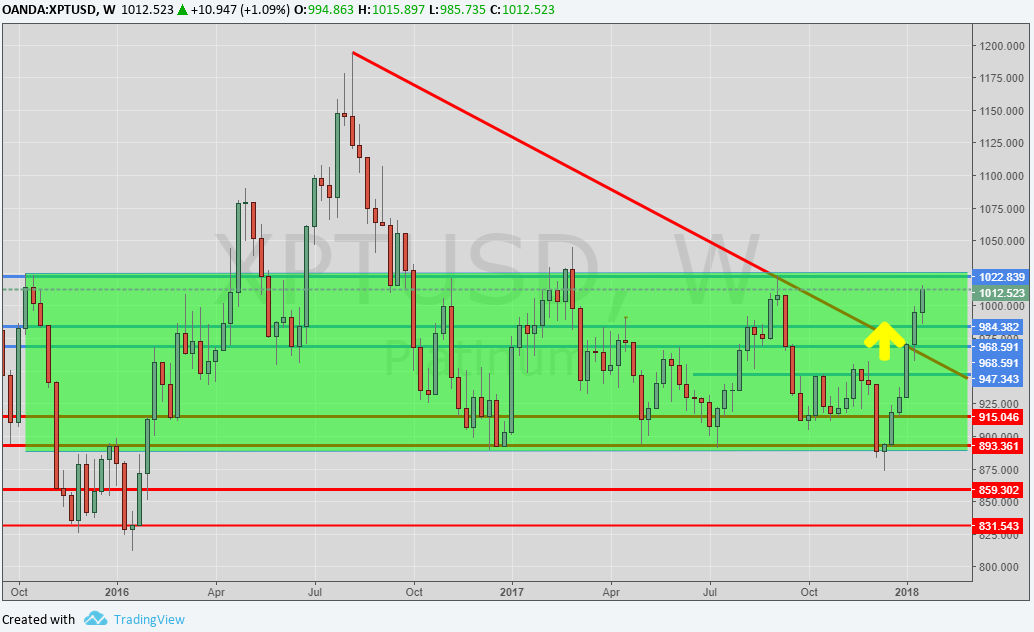 Break of arrangement for the palladium that also this week has broken down the record of the previous one. The price of the metal, after having touched the 1160 dollars per ounces, has slightly moved for stopped around the 1100. The strong question keeps on sustain the quotations, especially due to an offer that can’t keep up. It begins nevertheless to rise a certain skepticism among the analysts: there are always more people who sustains that the price is excessive, due to the fact that the actual displacement could remain as now depending from a market of the auto which continues to get in expansion in the 2018. One more break in this sector could bring a strong correction of the price (reducing in this way the spread with the platinum). 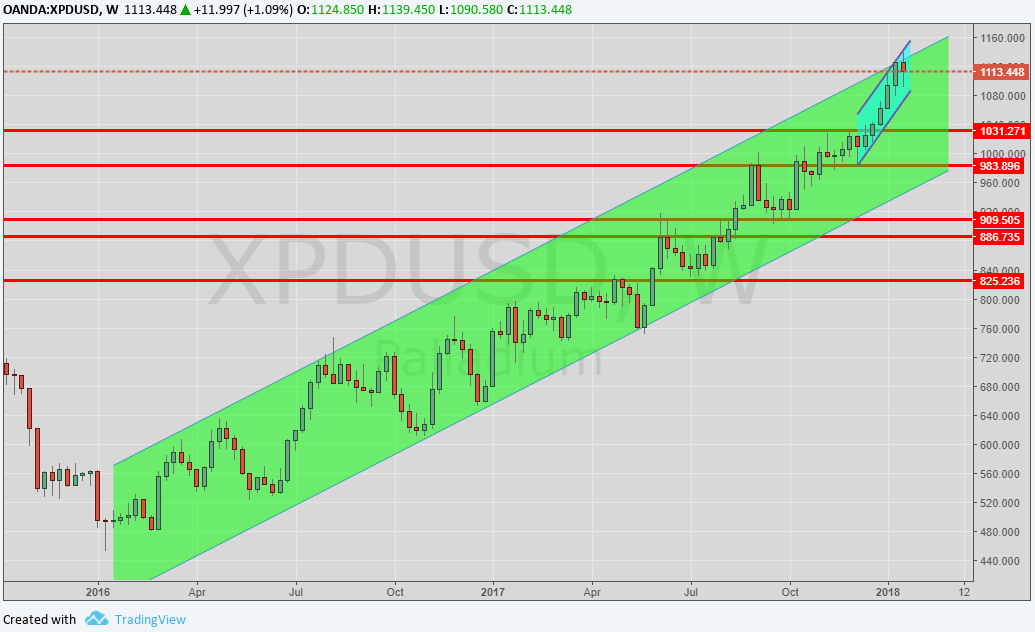 The unique coin keeps on being one of the currencies preferred by the operating especially if compared with the dollar. As we can see from the graph the quotations go up the superior extreme of the box (1,15. 120) and seem to point to a test of1,25. The principal driver is represented by the expectations of the analysts which believe that the Quantitative Easing is close to the end. To push the euro to the up are the flows of capitals coming from the foreign countries, a trend that could persist during the 2018 (in fact are numerous the managers who manage funds that are thinking about placing the greatest slice of the stock portfolio on titles UE, underestimated in comparison to the once of USA). 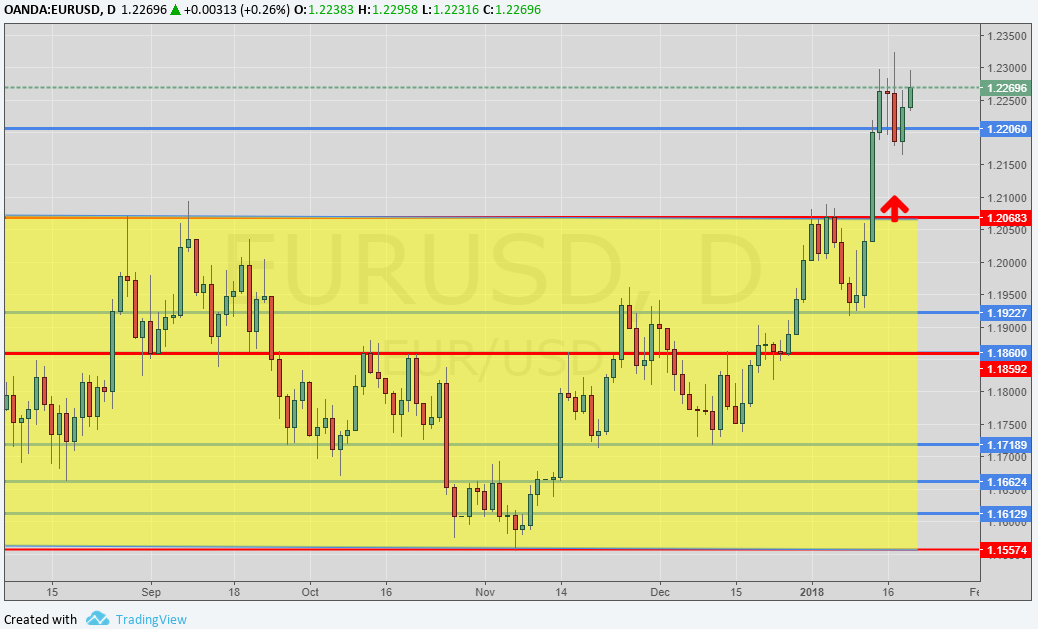