Despite having almost reached the brink of a world war, during this week markets have shown to have a rather short memory: gold - after about 3 weeks of earnings - loses ground (along with other assets considered as safe haven) and it is rejected by the strong resistance placed in the area of 1350 - 1370 $ / oz. Even the volatility is back down with the VIX which remains steady at 16: a signal that shows quite well the atmosphere of relaxation and complacency within the world stock markets. As a proof of this, if we just have a look at the currency that par excellence is considered a safe haven, namely the Swiss franc. The reddish currency is, in fact, at the minimum on the euro (the exchange rate is just under 1.20) and at the moment it shows no signs of recovery.

The undisputed leading actor (but not only for this week) is the American dollar. Now there are several analysts who are wondering what its weakness is due to, but without finding convincing answers. In fact, the trend of the green paper displaces somewhat the operators used to see as an appreciation of a currency close to a rise in the interest rates. Which is not happening with the dollar. What is therefore due to this endless decrease? At present, the most convincing explanation is given by the role of leader of the United States in the global trade: according to some, the American leadership has made its time, as well as the use of the dolalr as the main reserve currency. Last but not least, the isolationist attitude adopted by the administration led by Donald Trump did nothing but worsen (or improve, depending on the point of view) the situation. 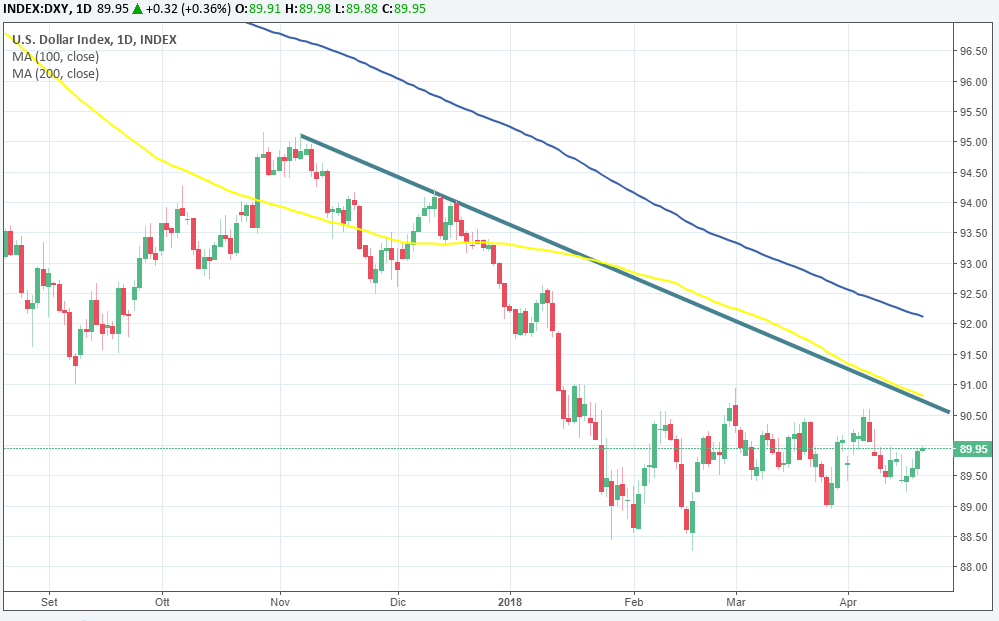 With the attenuation of THE geopolitical tensions (both in Syria and between the United States and North Korea) and with the strengthening of the dollar as a result of a good US macroeconomic data, gold, after a positive start of the week, loses land and stabilizes itself around 1330 $ / oz. To tarp the wings of the yellow metal remains the strong resistance in the area of 1350 - 1370 $ / oz. The good data on the US employment suggest a rise in short-term rates: a factor that undoubtedly contributes to weakening the demand for the metal. 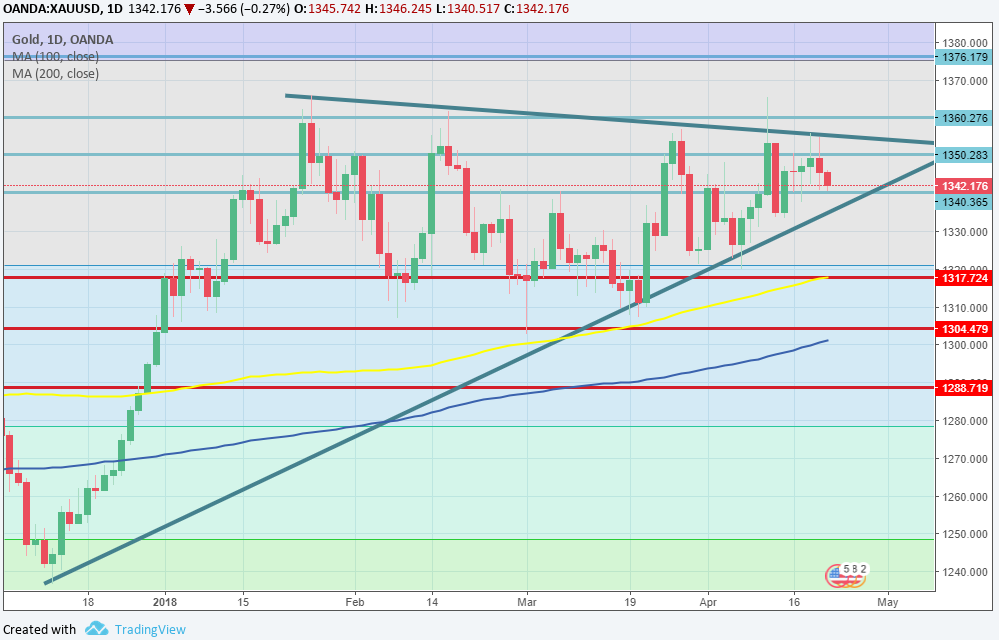 On the weekly chart we can see how the quotations of the metal are confined within the triangle delimited by a bearish trendline and a bullish one. And it is above all the first that rejected the lowest price for a good 5 weeks, probably following the profit taking by the investors, given the failure to break upwards. However, the outlook remains positive, as the price is still above the both two 100 and 200 days moving averages. 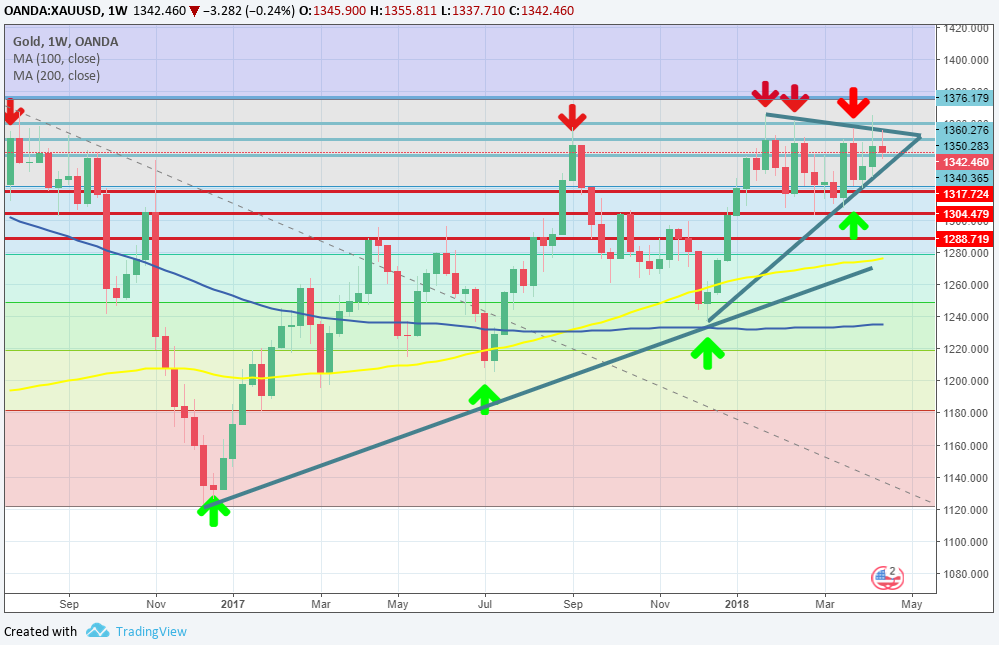 Positive week for the silver that finally comes out of the rectangle in which the prices fluctuated for some time. The metal, driven by positive fundamentals (for the first time since 2013, the industrial demand driven by the photovoltaic sector is on the rise), has the bearish trendline (see graph) and has the 100-day moving average. The outlook improves, however, we will have to wait until prices reach above 18 $/oz to verify the goodness of the trend. 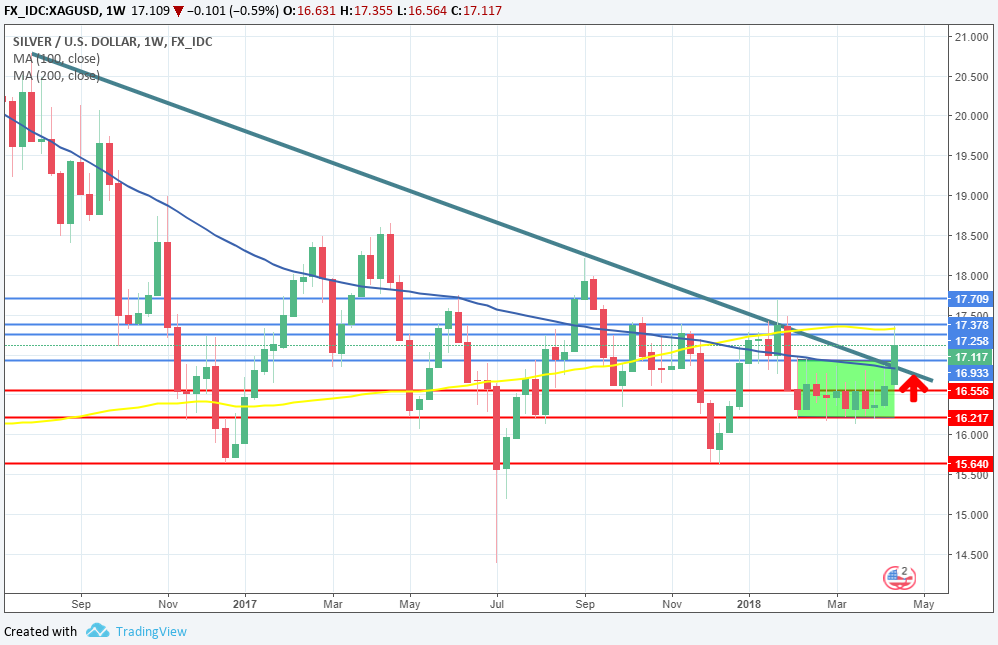 After a brilliant beginning of the week during which the prices reached $ 950/oz, the platinum rush stops just above $ 930/oz. The weakness of the metal is dictated by the low demand, both the industrial one and the one coming from investments. Furthermore, the rebound of the dollar did not benefit from the trend in the price of metal that remains channeled in a bearish trend, below the 100 and 200-day moving averages. The outlook is therefore negative. 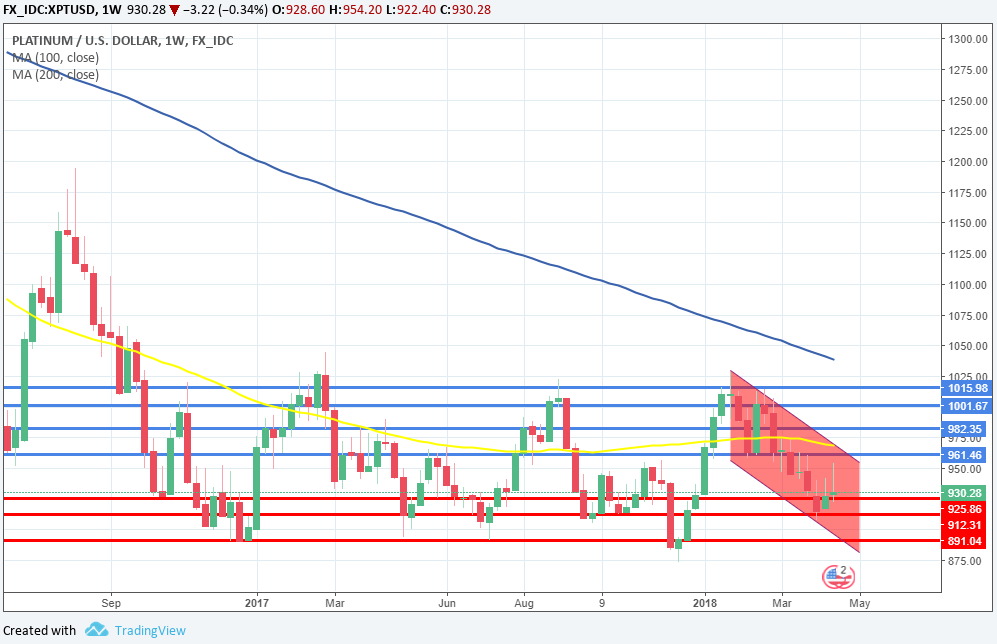 Despite the data on the European registrations of new cars suggest a cooling of the sector, the prices of palladium are pushed upwards by the sanctions against Russia (which supplies about the 40% of the global palladium offer). It should be noted that the price has rebounded strongly at the touch of strong a support in the area of 900 - 910 $/oz. The outlook remains positive; 100 and 200 day moving averages are well below the current quotations. 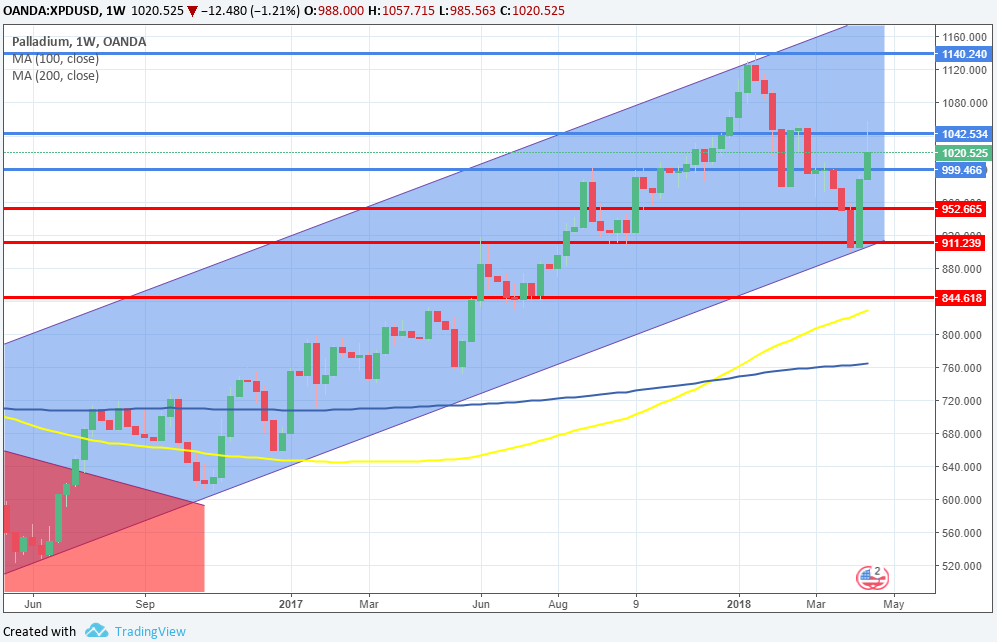 Also this week, the Euro-dollar scenario remains unchanged. The exchange rate remains in equilibrium (highlighted by the yellow rectangle): on one hand it is bought (the currency is preferred to the dollar by investors in those market phases in which greater risks are perceived) on the other hand it is sold (since the European economy is currently structurally less strong than the US one). The trend remains lateral - bullish. The most important supports and resistances are below 1.20 and high at 1.25. 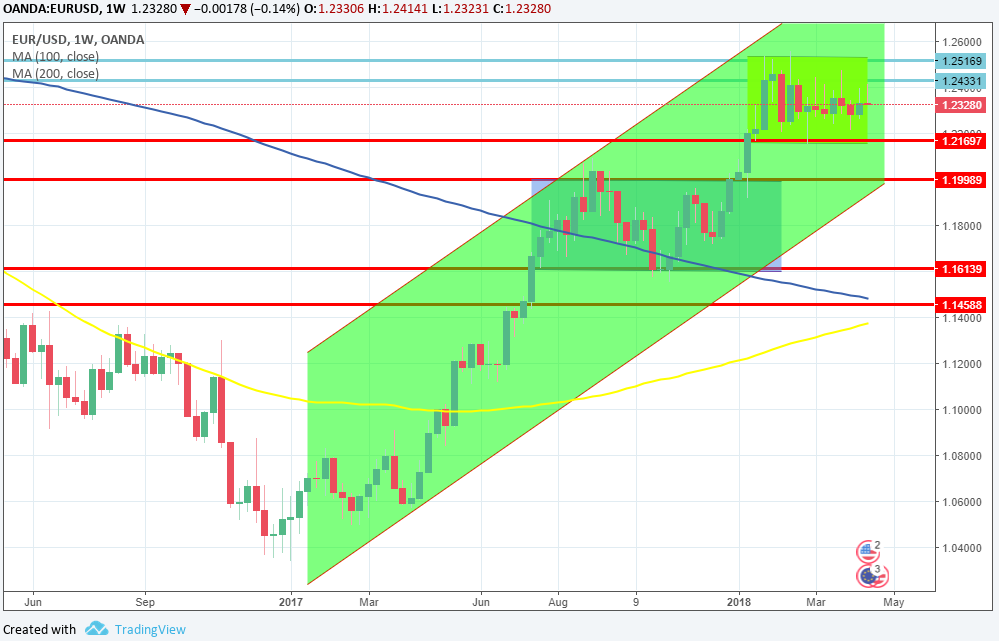