Week of recoveries on the stock markets after the slip of the two previous weeks. The American lists and those of the Old Continent doesn’t seem to be frightened from the strong losses suffered from the beginning of February and they close the week recording 5 positive closings: the fastest rebound of the last 8 years. The recovery has surely been facilitated by the weakness of the dollar (to the least ones of December 2014). Such weakness has pushed to the rise the whole compartment of the row materials and obviously also the jewels. The change with the unique currency oscillates around the 1,2500 with a maximum next to 1,2550 touched on Friday morning.
The data more reliable of the week has been the one related to the USA inflation, published on Thursday. In the month of January, the prices in the basket consumption have marked a 0,5% monthly growth (beating the estimate that were at the 0,4%). On the annual level, the increase of the prices has been of 2,1% and therefore above the 2% wished by the FED. Also the data "core", that measures the inflation taking into consideration the price of the variable components has been superior respect than they expected (0,3% monthly growth and the 1 ,8% annual growth). After the initial sell-off and after the publication of the data which fear a more aggressive FED around the course of the rise of the rates) the markets have returned in a positive territory bringing to a rise also the European one. To reassure the markets have been also the words of the new number one of the FED Jerome Powell. He has affirmed that it intends to continue the normalization of the budget and the rates without any type of accelerate, in practice, following the tracks of Janet Yellen.

It’s important to observe the prudence adopted by the investors, despite the strong rebounds on the stock markets: The run toward the safe assets (precious metals, yen Japanese and frank Swiss) seems to suggest a change of attitude and feelings (the gold oscillates above the 1350 $ / oz, the change USDJPY at 105 and USDCHF around the 0,92). Concerning with this we remember that recently Ray Dalio, number one of Bridgewater (greater hedge fund of the world), have declared to be positioned short for a equivalent of 18 million dollars betting the rebate on some of the greatest European societies like ENI,ENEL, INTESA SANPAOLO , UNICREDIT , and the French TOTAL . BNP PARIBAS and the SIEMENS A.G. Nevertheless it is probable that the bet to the rebate also concerns the American stock exchange (whose disclosure on the activity of the funds is not obligatory, instead of the Europe).

Week of strong rises for the yellow metal that goes toward a ri-test of the maximum ones of the period done in January in the area 1360 $ /oz.s The push toward the up has been furnished by a particularly weak dollar despite the positive data concerning the state of health of the American economy. Another driver that has pushed the quotations to the rise has been the data of the inflation (better than the expectations of the analysts): precious, yen Japanese and Swiss franc they have been interested from the purchase in an hedging optics. The resistance most important it is at 1366 $ / oz and subsequently in area 1374-1376 $ /oz.s Toward the down the most important supports are located at 1350 and 1340 $ /oz.s 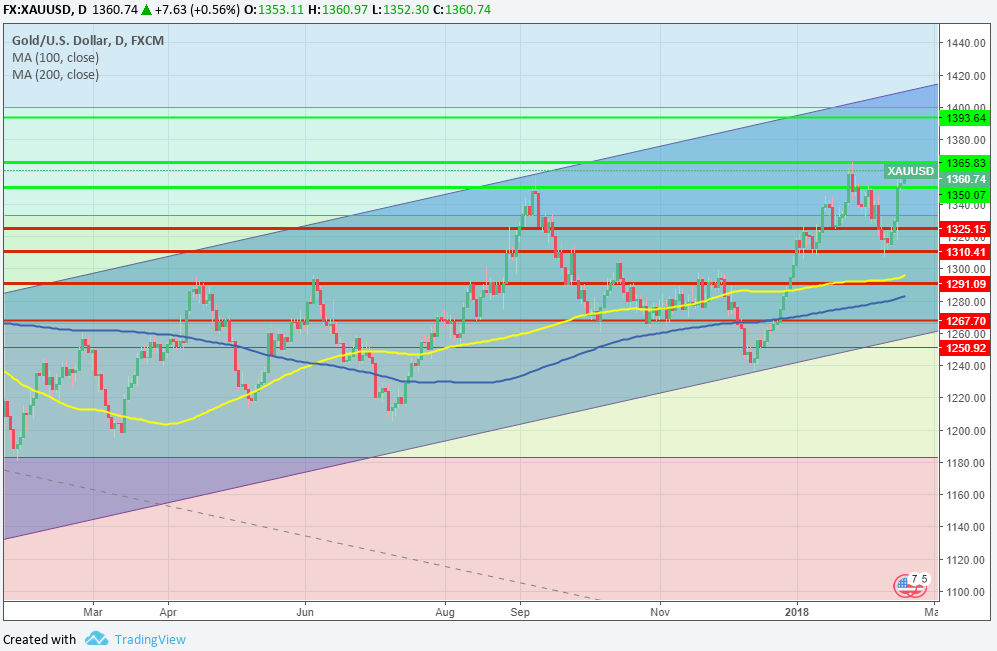 On the weekly graph the outlook of long term is still positive. The metal is above the mobile averages at 100 and 200 days and still have space to climb. As already affirmed in the previous weekly report, although the correlation with the course of the stock markets is not always strong, it is probable that the quantity of gold purchases could increase in an optics of coverage 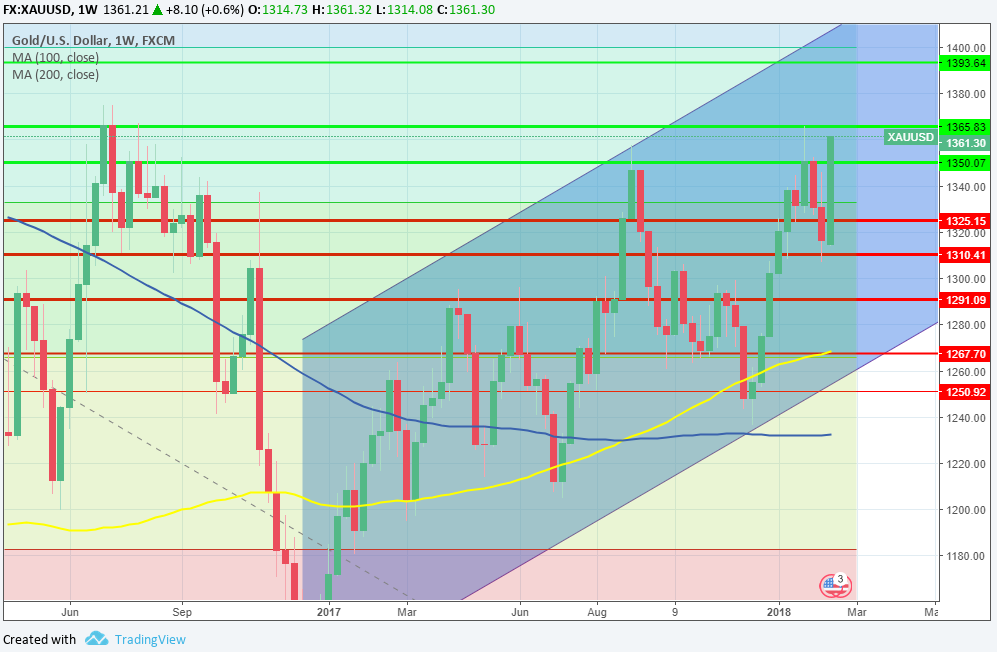 Week of strong rebound also for the silver, just back from two weeks of rebates. Currently the metal labors try to overcome the mobile averages at 100 and 200 days (in area 17 dollars per ounce). In the case in which the test fails it is probable a return toward the minimum of the period. Intermediary step toward the descent (from which nevertheless could start again toward the up) there are the intermediary supports at 16,60 and subsequently at 16,40 -16,20 $ oz. Unlike the gold, the outlook is neutral. 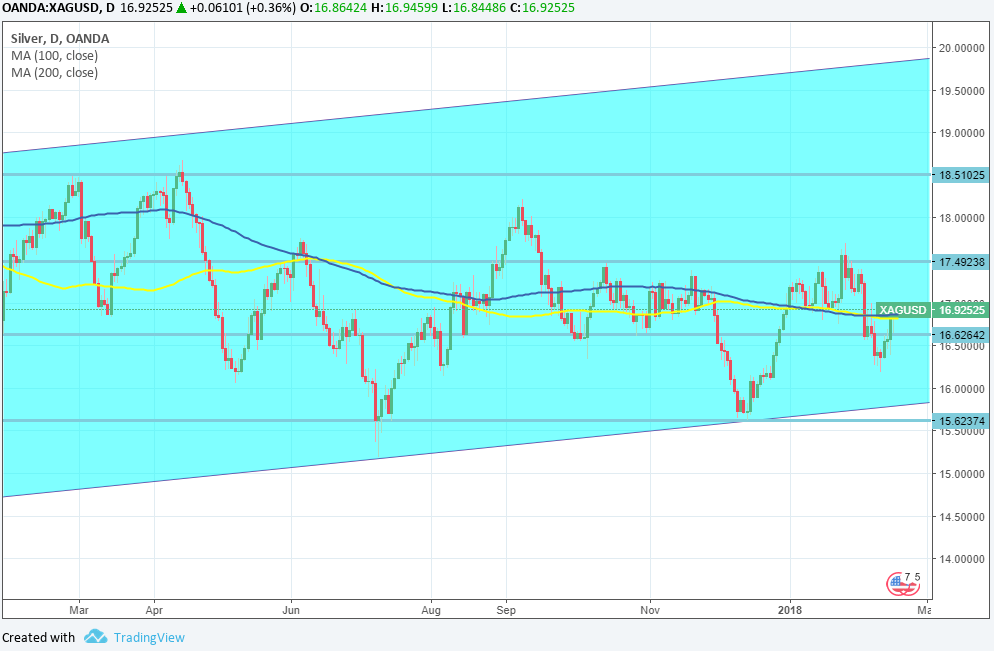 The metal has almost totally recovered the descent of the last days and it seems direct toward the test of the double maximum above the 1000 dollars per ounce. Apart from the weak dollar, the principal driver of this year for the metal is given by the deficit that according to the World Platinum Investment Council will be around 275.000 per ounces (from her 15.000 of the 2017). It’s important to take in consideration that the supply which are observed from the NYMEX have been to the lowest levels since 2016. 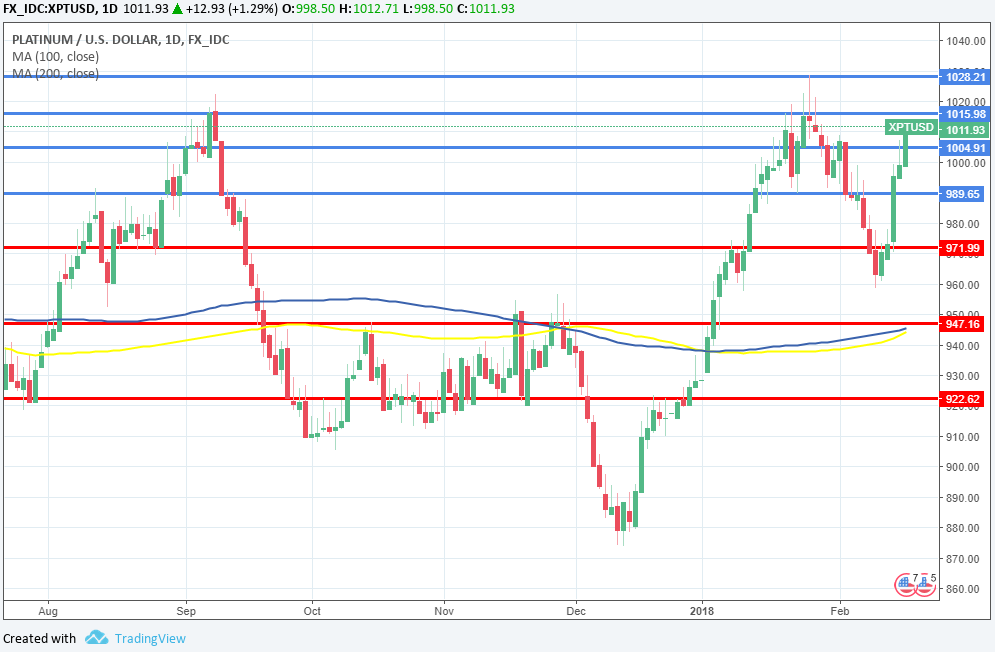 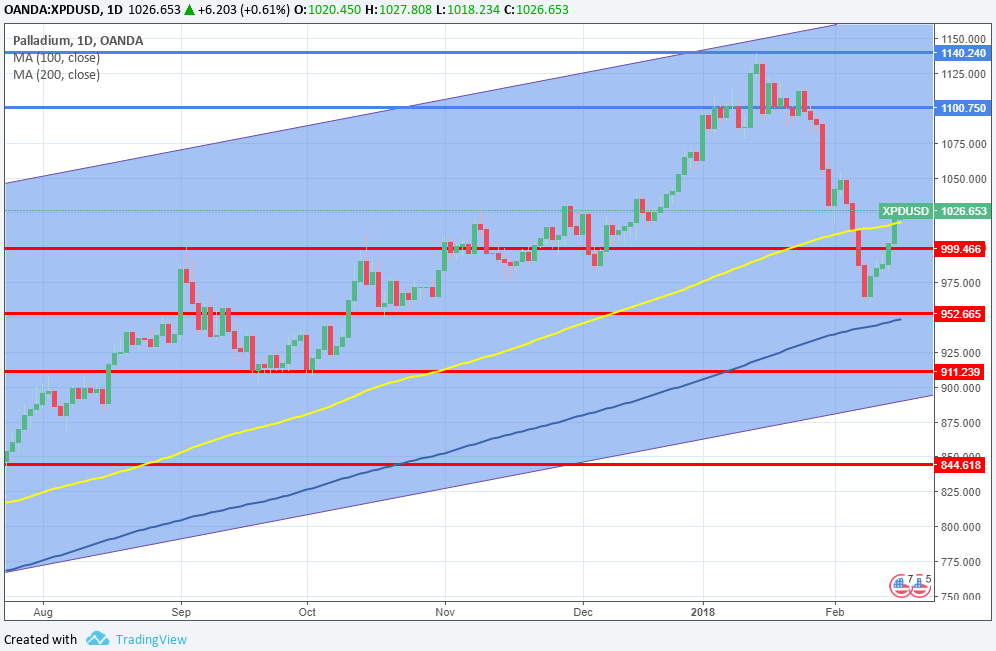 The roof at 1,25 has again rejected the advance of the Euro during the week earning the ground instead of the dollar. The change keeps on traveling around the maximum ones of the period and above the averages at 100 and 200 days. The strength of the unique currency, once more, it is referable to the weakness of the dollar.This last one, despite the more positive macroeconomic data and 3 rises of the scheduled rates doesn't react and continues it’s run toward the downward. The next resistance is in area 1,27 while the nearest supports are found at 1,22 and subsequently at 120. 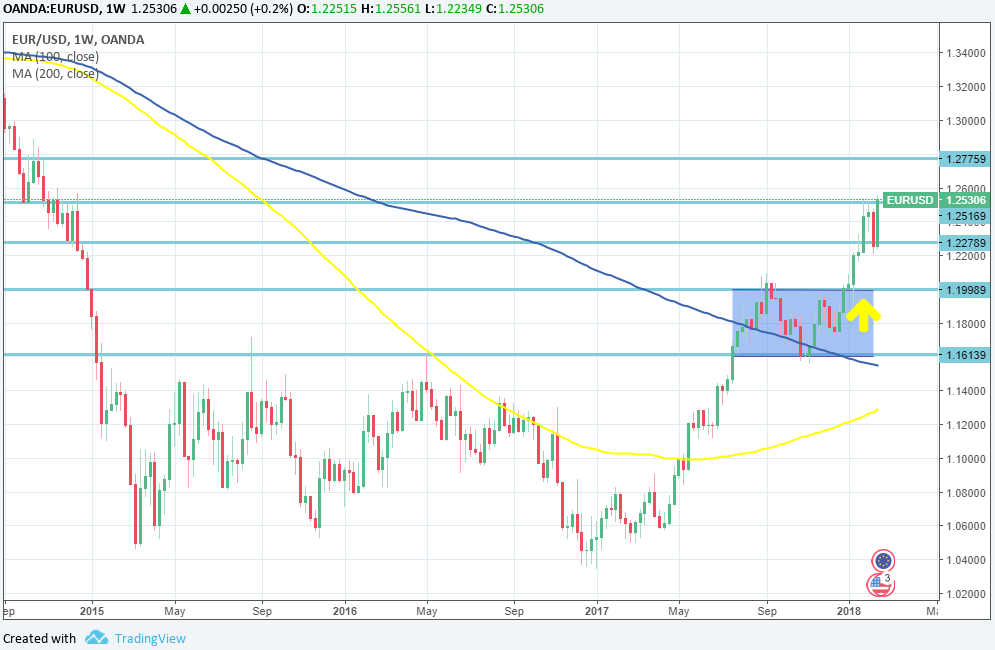