Price of gold: the bullish factors 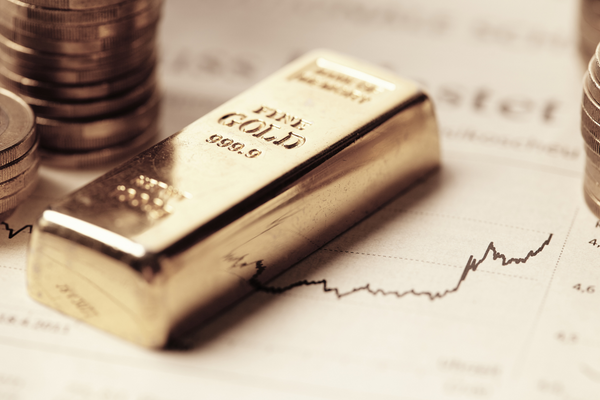 Price of gold: the bullish factors

In June, with the significant increase in US inflation, the Fed tightened its monetary policy by increasing interest rates aggressively several times. The rise in rates has negatively affected the price of gold: this has led investors to consider other investment solutions to reduce the opportunity cost.

The rate hikes, combined with the strengthening of the US dollar, therefore brought the yellow metal to annual lows in early July: as analyzed in the previous article, gold touched $ 1769 / oz on July 5, against $ 1780. / oz of January.

High inflation and central bank tightening monetary policy measures have hit consumer and industrial demand for most commodities, causing them to shrink and thus relieving some of the pressure from rising prices.

At the last meeting of the Federal Open Market Committee (FOMC) there was a simultaneous and sharp decline in Treasury yields, with the 2-year yield falling to its lowest level in almost a month (2.84% ): The comments of President Jerome Powell, in fact, were taken as a sign of exceeding the Fed's peak of aggression: during his press conference, the head of the Central Bank said that another increase will depend on the data, suggesting that the policy makers could slow the pace of the tightening cycle in the future.

Although the consumer price index has risen to record levels over the past four decades, this is likely to begin to adjust as the prices of commodities, including those in the energy sector such as oil and gasoline, fall. This can help reduce the number of any future rate hikes, thus favoring the yellow metal.

Slowdown in US economic growth

In the US, GDP contracted again in the April-June period. For the second consecutive quarter there was a collapse in commercial activity: slowdowns in economic growth could increase the risk of a downturn and gold could thrive in this environment, with traders attracted to the yellow metal in the short term. Gold has always been considered the safe haven asset par excellence, the safe investment during economic and political uncertainties: when, in 2021, the global economic scenario began to worsen due to the pandemic, investors rushed to the yellow metal , with prices rising to multi-year highs. Similarly, in the early days of the Russia-Ukraine conflict, gold prices approached record highs.

The case of China: after the decline, the demand for the yellow metal rises again, supporting its price

In the first part of the year in China we saw the development of strong fears related to the blockages caused by Covid. These negatively impacted the price of gold: as seen in the previous article, following the Chinese lockdowns, jewelry sales recorded a decline of 30% year on year, negatively impacting the spot demand for yellow metal.

In China, however, there has recently been a strong turnaround: gold is in fact considered an essential element in many cultural and religious celebrations, one above all marriage. There has therefore been a sharp surge in gold jewelry sales in recent weeks by consumers planning to get married soon. Some of these people, too, are those who had planned to get married in the last two years and who therefore had to postpone due to force majeure represented by the pandemic.

At the moment, the cautious opening up of some parts of China is favoring these consumers, who are finally able to go back to the store to buy gold. In addition, the number of buyers buying investment gold (in the form of bars and coins) is also increasing, taking advantage of the drop in prices at the beginning of July and keeping an eye on the fluctuations in interest rates of the US Federal Reserve.

Conclusion: after the dollar rally, gold starts to rise again

Conclusion: after the dollar rally, gold starts to rise again

After the decline of the US dollar, previously the protagonist of a real rally, the trading volume has increased. This happened after the recent statements by Fed members, which have undermined the prospect of a rate cut in the next year.

Gold has therefore regained ground, although the prospect of a new interest rate hike for this year weighs on the forecasts. .⁠

Meanwhile in the US, inflation continues to rise, reaching an annual rate of 9.1% ⁠.⁠

Towards the FOMC meeting: the Jackson Hole Economic Symposium