During the week the good American data, released on Wednesday, have pushed the dollar up. Such strength of the green ticket has therefore penalized all the compartment of the precious metals, which has become less desirable especially for buyers who are not from USA. Furthermore, the loosening of tensions between the USA and North Korea (on the 27th of April the first summit between the two Koreas will be held : a meeting within equals that has not happened for ten years), it made sure that the perception of the geopolitical risk would stop, even though the tensions between Russia and other Western countries are still present until now due to poisoning of an ex- agent from Moscow and his daughter inside the British territory, and the responsibility of this could be traced back to - according to the accusers guided by the Prime Minister of United Kingdom Theresa May – to Russia. This serious diplomatic accident has generated a series of retaliations by both sides: 27 countries have kicked out many Russian diplomatists and the Kremlin has reciprocated with a similar action (kicking out, moreover, 60 American diplomatists and closing the Saint Petersburg’s consulate).

The falling of the technological stocks carries on, due to the Facebook - Cambridge Analytica scandal: the stocks of the giant of Mountain View have lost approximately the 17% since the beginning of the data gate. The loss of generalized trust has generated a domain which hasn’t saved none of the most important companies of the hi-tech sector: Twitter leaves the 21%, Apple the 13% and Netflix the 12%. Now it is difficult to say if and when the bullish scenario of those extremely “heavy” stocks will change its direction.

Eventually, in case some of the geopolitical tensions start to cool down, there are other ones which light up again: it is a news from this Friday that during the Palestinians protests for the “Big route of the return” (a manifestation against Israel next to the border of ther country which will last for 46 days)the Israeli army has opened fire against the protesters, injuring more than 300 of them and killing 5.

During this week the price of this metal has recorded, among the precious metals compartment, the only positive closing. In fact, despite the fortification of the dollar, the quotations have been sustained on one side by the continuous ongoing geopolitical tensions, on the other side by the falling of the IT giants that takes the stocks downward. Such events deviate the investors’ monetary flows towards the research of safer assets. The gold trend, therefore, remains positive: to be monitored the estate of the area 1300$/oz downward while, upward, the strong resistance in the area of the 1350$/oz which, from the beginning of the year, it didn’t give permission to the metal to have extra stretches. 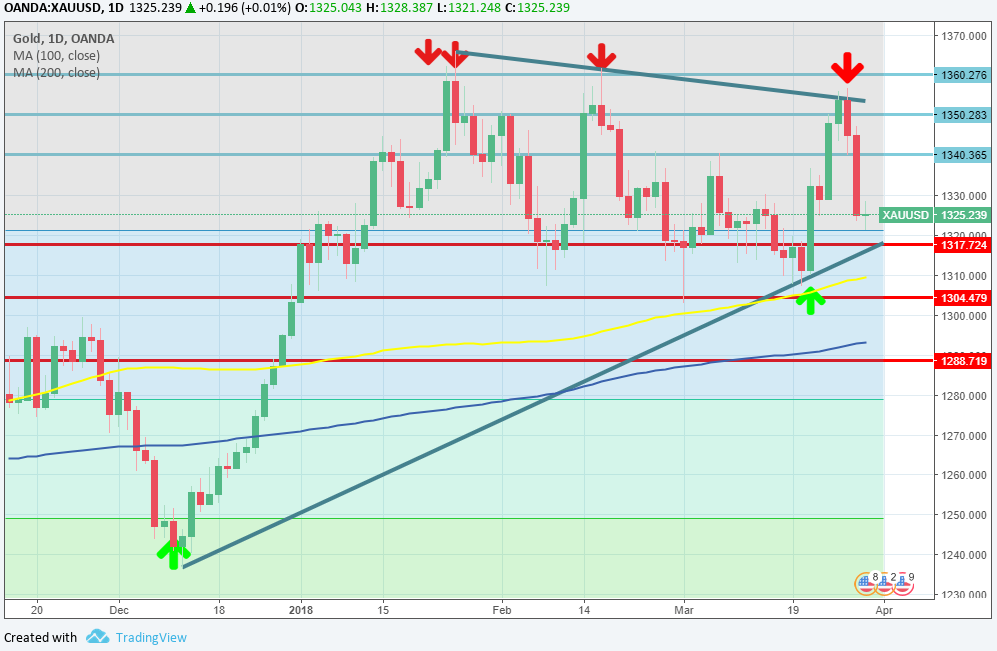 Even on the weekly graphic the frame remains positive: at present the price is congested in the bordered rectangle between the 1300$/oz and the 1350$/oz. To be noticed that, with the end of March, the gold marked the third consecutive trimester of earnings, a fact which hasn’t happened since 2011. And the inflows of money continue to grow within the Exchange Traded Fund (ETF)which have (the gold) as an underlying. Finally. According to the analysts, the recent nomination of John Bolton as the adviser for the American national security it could lead to change of politics towards Iran, probably “softer” compared to the current one used. 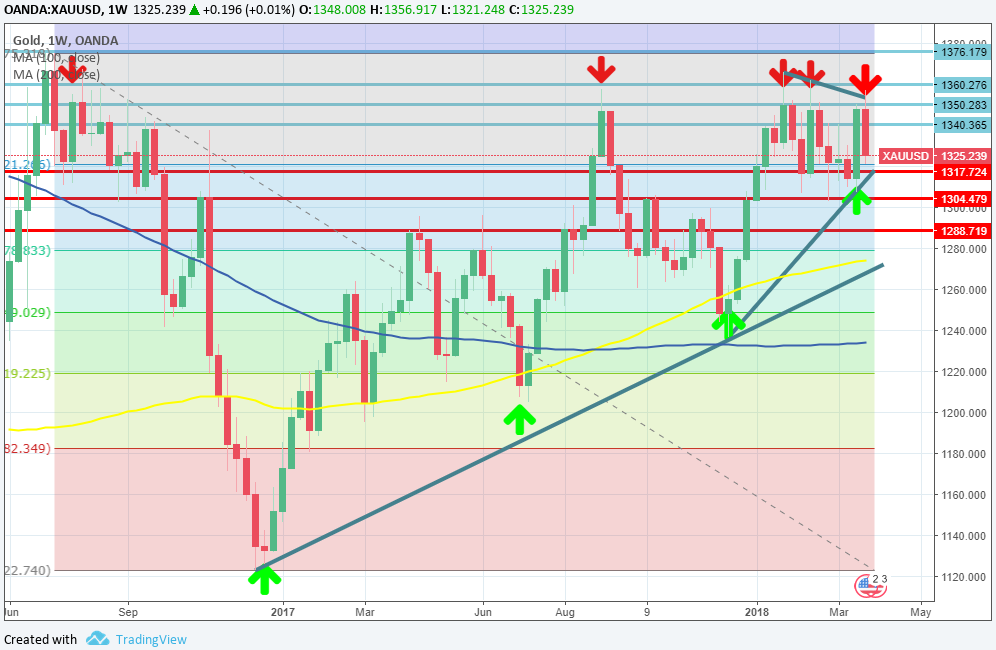 Relatively a calm week regarding the silver. The price of the metal still stays closed (for the ninth consecutive week) in the area of 16,10 - 16,90 $/oz. The supply makes an effort to take off, however the demand still continues to show signs of subsidence. Therefore, the trend continues to be bearish and, at the moment, such strong drivers that can attract the operators’ attention seem not to be seen. On the technical level, just a crack in the area of the 17,50$/oz (above the weekly mobile averages at 100 and 200 days) could start more extensions up to the strong resistance test put in the area of the 18,50$/oz. 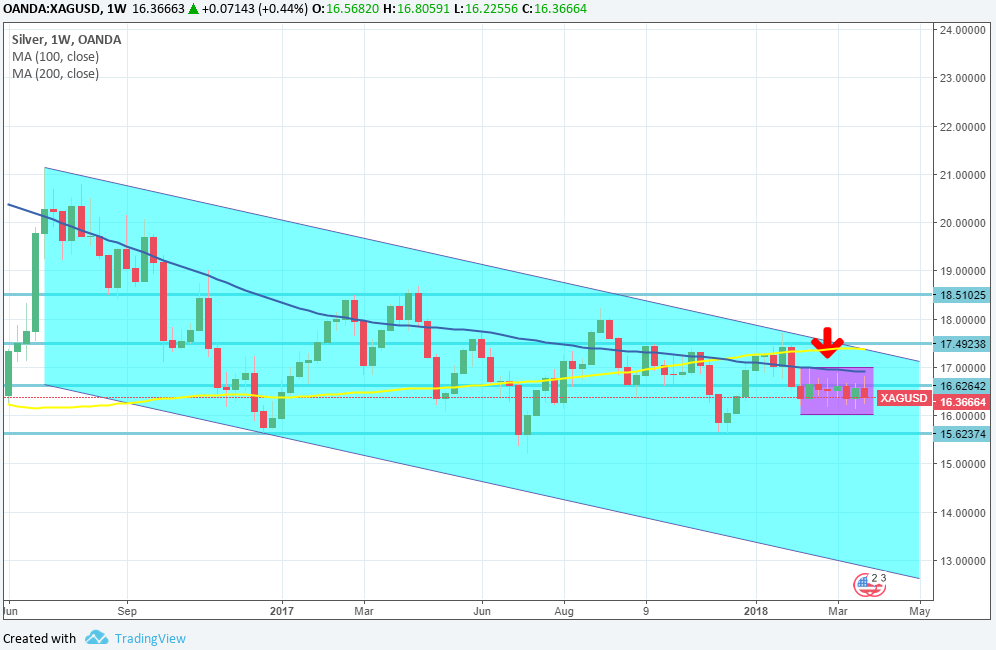 After an attempt to the recovery which has pushed the prices even above the price of 1000$/oz, the quotations of platinum accuse a strong bearish pressure given by the physical market, at present with an excess of supply. This stage of oversupply – the analysts say – it could continue all over the 2018, leaving therefore not many bullish possibilities towards the metal price race. However, the estimates predict an average of 975$/oz during the third and the fourth semester of the year. 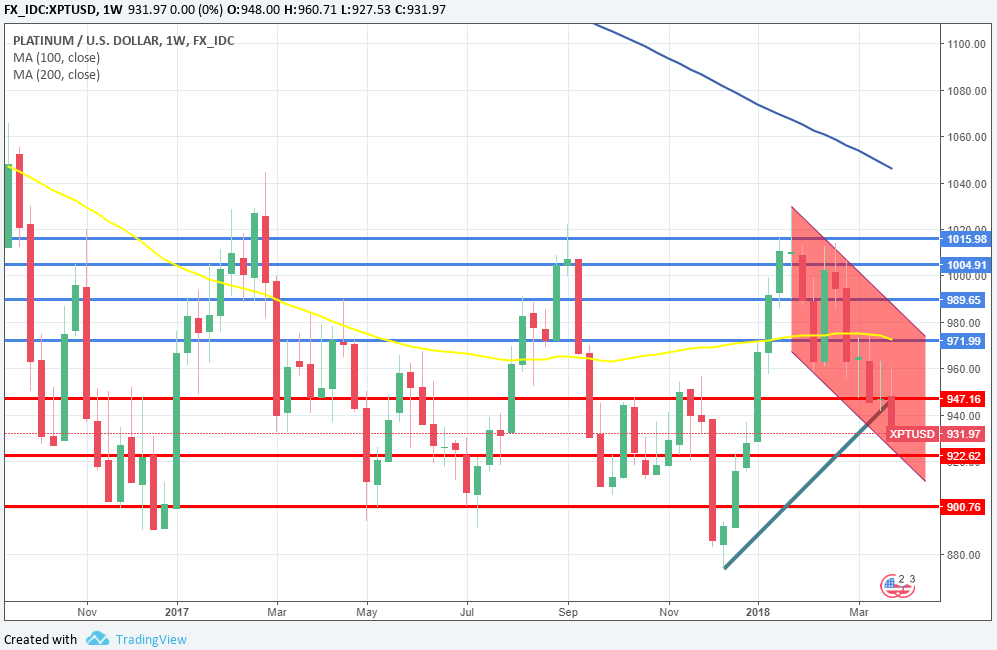 During the last weeks the rally of the palladium has progressively lost its strength showed during the first part of the year. But still the trend stays bullish, despite the fact that the analysts are very careful regards more outbursts above the 1000 – 1100$/oz. The reason for this is both due to a possible cooling of the supply within the car market and by the other industrial sectors that use the metal. The medium price during all 2018 will be – according to the analysts’ forecasts – around the 950$/oz. 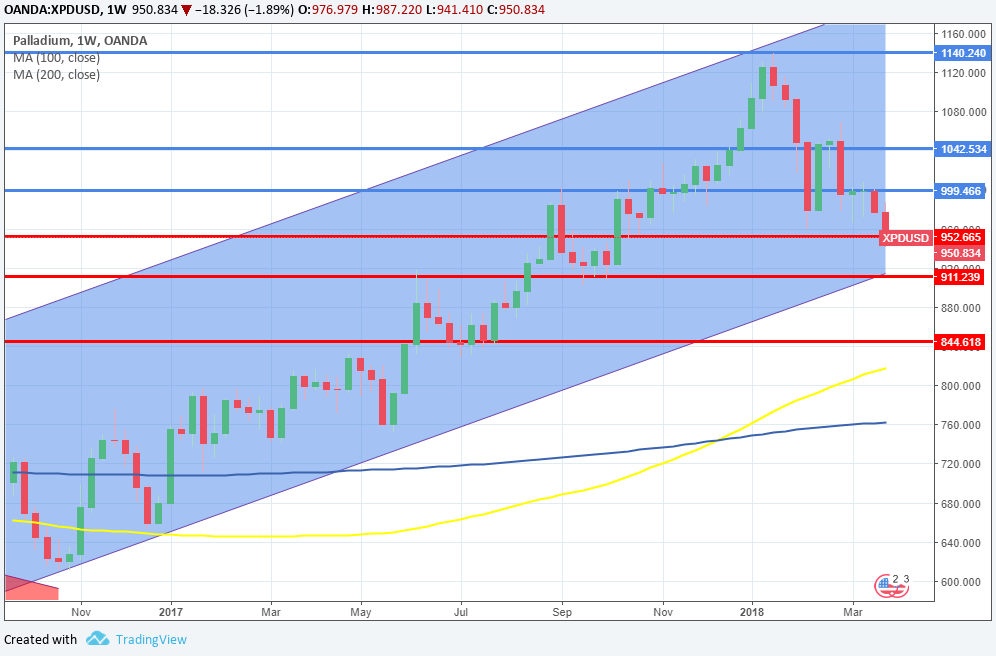 Another more week of compression for the Eurodollar. The exchange rate is, at present, in a stage of equilibrium: on one side it is bought (the currency is preferred to the dollar by the investors in moments of risk-on), on the other side it is sold (considered the will of FED to make another due increases during the current year follow the actual increase of the rates). However, the trend still continues to be sideward – bullish. The main supports and resistances are downward at 1,20 and upward at 1,25. 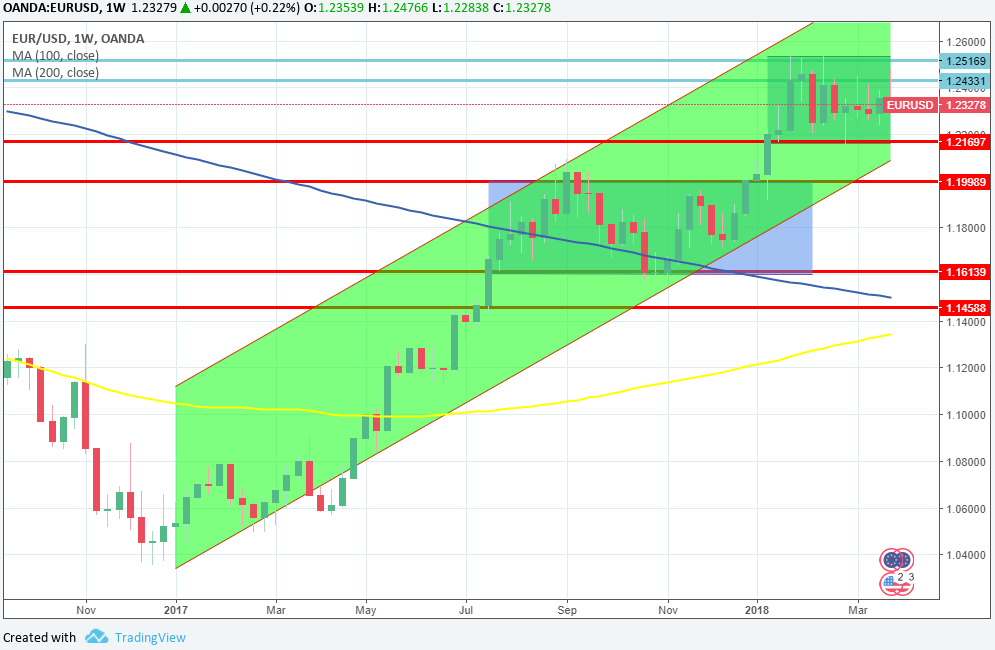